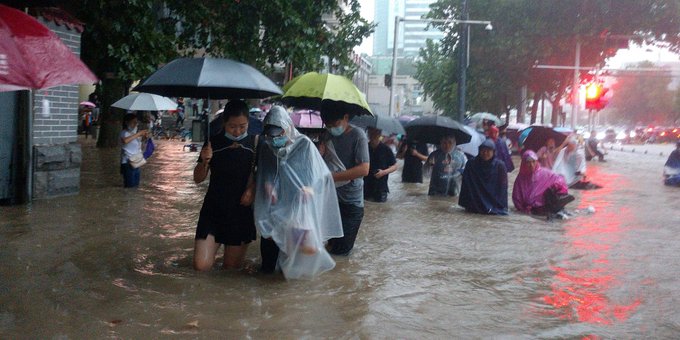 At least 12 people have died in China’s central Henan province and more than 100,000 people have been forced to flee to the safe ground after heavy rain caused rivers to burst their banks, Global247news understands.

“It’s pandemonium here at present, the water came down so heavy and over 100,000 people are trying to escape.

“There are people clinging on for life right now, to all sorts of objects and materials attempting to reach the high grounds where we are, but sadly there are bodies also floating in the water, it’s going to be far more than 12 dead when the figures come out” reports Fang.

This is a breaking news article with more to follow as Chris Fang continues to report from the region.