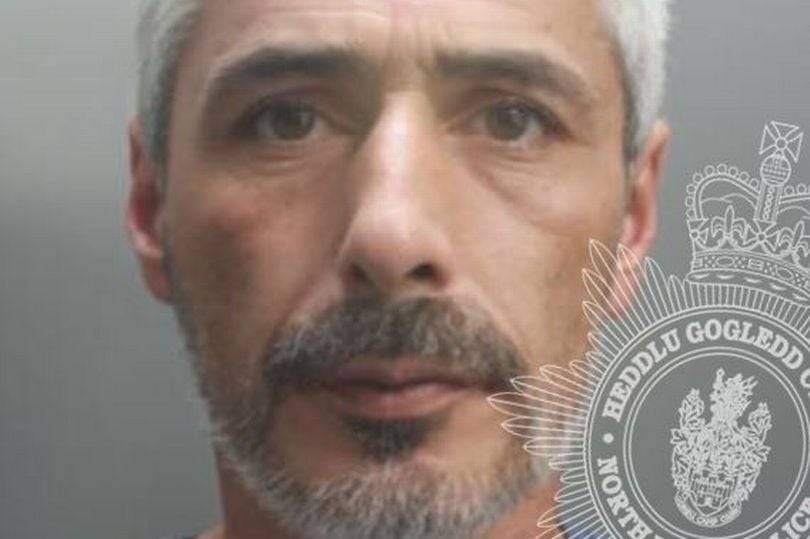 Barry Bagnell sentenced to a minimum of 18 years for killing his friend with a hammer whilst in bed.

An “evil and cunning” former drug addict who murdered his friend in bed with a hammer after an ‘explosive loss of temper’ has been jailed for a minimum of 18 years.
Barry John Bagnall, 42, of Trevenna Way, Caia Park, Wrexham, had denied killing 60-year-old Terry Edwards in Pont Wen in Caia Park, between May 28-31, last year.
But last month, a jury of eight men and four women at Mold Crown Court found him guilty after 16 hours and 16 minutes of deliberations.
He was also convicted of attempting to pervert the course of justice by giving away a pink mobile phone to a woman.
The crime, described as one of the worst Wrexham has seen for years, still leaves many mental scars in the town for residents who part witnessed the goings-on that fatal night.
One of those residents, Phillip Mooney, told Global247news of how it’s affected him and how he’s glad Bagnell will spend his life behind bars; he said: “Sadly despite the good long sentence, this will be etched on peoples minds for years to come.
“It was brutal as Bagnell smashed him with the hammer, a lot us saw the police race to the scene and have to bring the body out, not a sight I ever want to see again,” said the retired furniture agent.
Advertisement