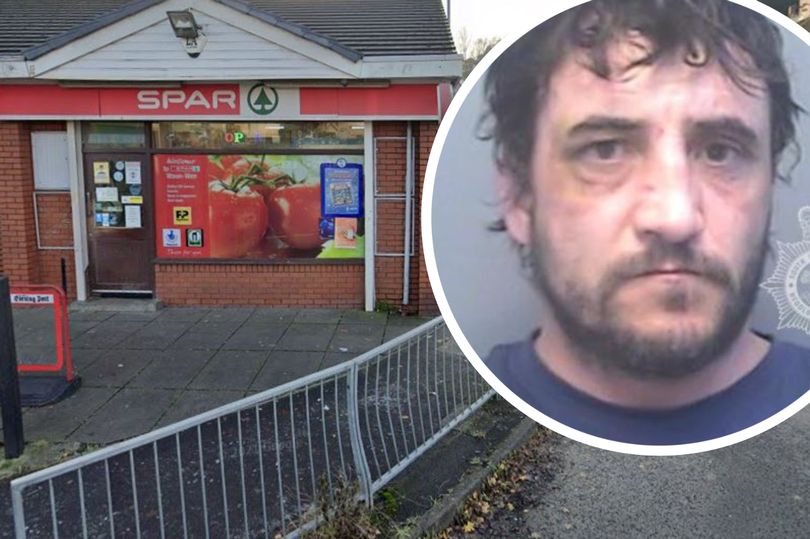 A father-of-seven described as a “devoted family man” beat a man with a dog chain outside a corner shop, a court has heard.

The attack took place at lunchtime on a busy main road in plain view of shocked members of the public walking and driving by.
The man Craig Bailey assaulted was left with cuts and bruises and a broken finger and now feels scared to leave the house.
Swansea Crown Court heard that at around 2 pm on June 2 this year, the victim went to the Spar shop in Carmarthen Road in Waun Wen, Swansea, where he became involved in an altercation with two young men outside the store.
Connor Evans, prosecuting, said a passerby intervened to try to end the situation, and one of the young men then summoned Bailey, who was inside the shop, for assistance.
The court heard Bailey punched the Good Samaritan who had tried to help before turning his attention to his main victim, who was a man he knew. The 41-year-old produced a dog chain from his pocket and wrapped it around his fist before repeatedly punching the victim. When the chain came loose from his fist, he used the weapon to whip the man. The parties eventually separated, and the assault was later reported to the police.

Of Furnace Way, Swansea, Bailey admitted assault occasioning actual bodily harm (ABH) and possession of an offensive weapon. He did not face any charges in relation to the punch to the passerby. The defendant has previous convictions for public order matters, drunk and disorderly, non-dwelling burglary, and obstructing a police officer.
Judge Huw Rees told Bailey he had carried out a “vicious assault” on his victim and described it as a “disgraceful piece of unlawful violence” carried out in full view of people walking and driving by – one of whom the defendant had also assaulted. The judge said the matter was too serious to be dealt with by any sentence other than immediate custody.
Giving the defendant a one-third discount for his guilty pleas the judge sentenced him to eight months in prison, comprising eight months for the ABH and six months for possession of the offensive weapon to run concurrently. Bailey will serve up to half that period in custody before being released on a licence to serve the remainder in the community.
Advertisement