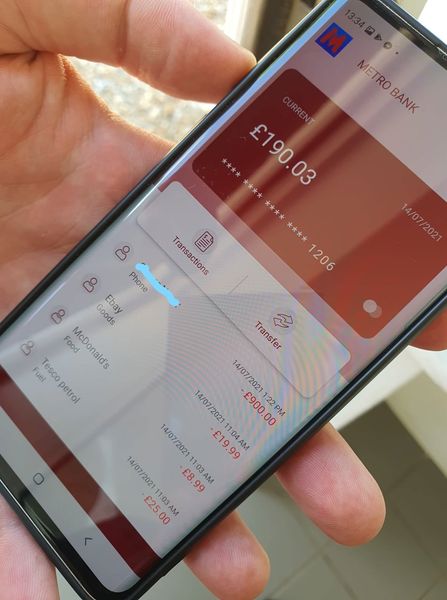 A new scam is circulating throughout Europe.

A new scam targeting unsuspecting sellers of products online is ripping through Europe.

The scammers target those selling their goods on the likes of Facebook’s marketplace and other associated online channels where people turn to cash in on unwanted items.

Using a fake banking app that is easily downloadable for an App store on a mobile phone, scammers are now raking in millions of pounds as they rip off sellers.

The scam is not just restricted to the UK, with Brit’s being ripped off in France and Spain too, as it’s copied and spreads amongst fraudsters.

How the scam works is as follows, the scammer simply downloads a fake banking app onto their mobile phone; they then target people selling goods.

They arrive at their home, look at the goods, agree on a sale and do the banking transaction in front of the seller.

The scammer walks away with the goods, whilst the seller is convinced the banking transfer has taken place as they are shown the transfer.  One man scammed just yesterday, who doesn’t wish to be named, explains how he was scammed and wishes to warn others. He said:

I am just reporting this for awareness as I have been scammed today at around 13:20 and would not wish it to anyone! please read and be careful when you sell on FB marketplace.

I put an expensive phone for sale for the value of £900 to fund my daughter’s 16th birthday present and this guy “Gary Jackson” contacted me and arranged to come and collect at 14:00 but turned up at 13:20 and he looked at the phone and said yes, I’d like to buy it.
So, he opened his bank Account Metro bank and took my details and showed me that he transferred the money. I waited for few minutes and the money did not turn up so I said I am not happy to release the phone until the money is in my bank account.
He called metro bank as explained to them that he transferred money and it didn’t arrive and the bank said it will take up to 2 hours to transfer.
When I heard the banks customer service advisor saying that I felt it was safe to release the phone as I see the transaction was successful.
I checked again messaged the guy and said Could you check the details are right as it hasn’t gone through, he said he spoke to the bank and it was still processing!!
Then changed his profile pic and left the chat and cannot find his profile.
Please be careful and do not release anything unless you have your cash in your hand, hard lesson to learn, this is going to hurt my family as it’s a lot of money so hopefully someone will benefit from this post and be aware of this scam.

In the UK, the scam has raked in thousands upon thousands as the scammer’s target area’s; just this week, Hampshire and Dorset have been heavily targetted with hundreds of people coming forward to say they have lost watches and mobile phones with Somerset predicted to be the next county according to police.

Although scams are also being pulled across Europe amongst Brits, Clive Steller revealed how he was scammed in Marbella for his watch.

He told Global247news: “I feel a complete prat, the watch was worth £1500, and I stuck it on the marketplace here in Spain.

“I had a call within the hour, the fella turned up, was British, said he loved the watch and asked for my banking details, I even gave him my IBAN as he requested it saying he was transferring from a UK account.

“I stood next to him and watched him make the transaction, and it reported all gone through, and I let him walk away with the watch – I feel such a fool now, but I never dreamed you could get a fake bank account on your phone,” Clive gasped.

According to Gareth Child, a man who swindled over 8 million pounds in fraudulent crimes, including 1.3 million pounds from Westland Helicopters in Yeovil, this new fraud will rake in millions if not made publicly aware soon.

The former reformed fraudster, who’s turned poacher to gamekeeper and now assists in fraud prevention across the UK, said this morning,

“It’s a clever one; the public doesn’t expect ‘fake bank accounts’ – the message needs to go out loud and clear quickly.

“The last two weeks gangs have heavily targetted Hampshire and have moved into Dorset, they will county hop, moving on as local word spreads, mark my words, Somerset and Devon will be next.

“The Apps should be banned, they are marketed as prank bank accounts, but they are the perfect tool for the scammer”, he warned.