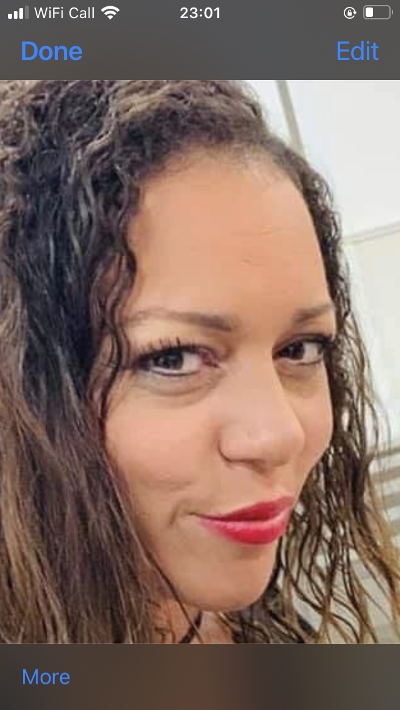 A Costa del Sol woman has reacted with violent threats as clients come forward saying they haven’t been paid.

Earlier this week, we raised the issue of scams run by ex-pats on the Costa del Sol being at the peak due to poverty currently on Spain’s Costa del Sol.

It wasn’t long before customers of one of those Facebook page businesses came forward to say that they had not been paid and that communication was non-existent as they chased their dues. 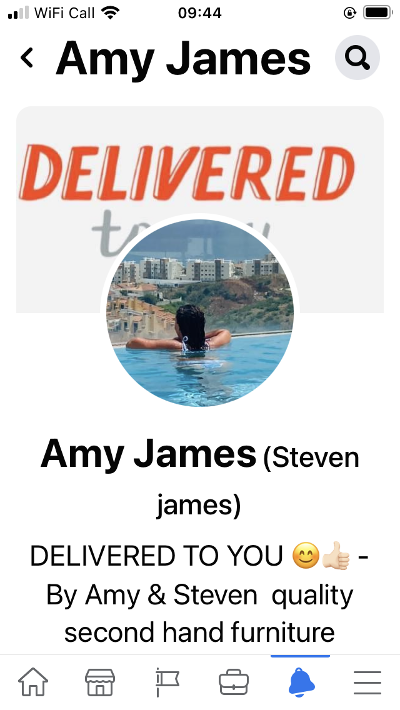 Although judging by the complaints received since our article, she sells but doesn’t pay, with customers who had faith in her business page having to chase to collect their dues.

When our investigators looked into the complaints from readers, Jones was quick to make personal threats.

Jones, who runs a Facebook business page called ‘Delivered To You’, soon took to Instant messenger as our investigator asked why she hadn’t paid customers despite having sold their furniture on a sale or return basis. 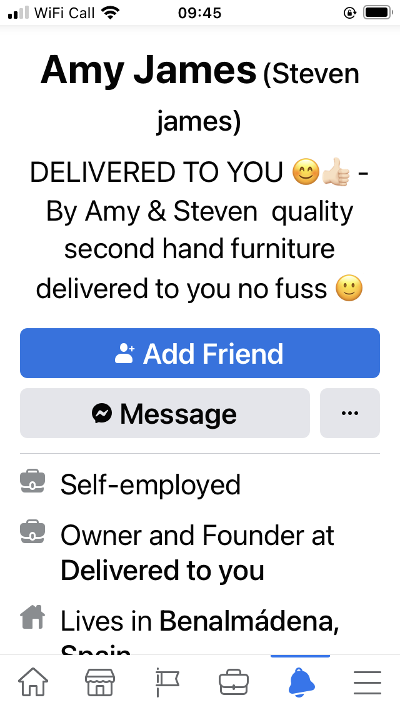 She messaged, “Stop talking shit publicly on my post, you knob.”

She then flew into full rant mode, messaging, “Mind your own business; it’s nothing to do with you; talking about it might get painful.”

Before ending a thread of messages saying, “Bye now, you wanker.”

The rant and threats came after questions were asked why firstly customers who had trusted her with their goods and products had not been paid as well as the location of their goods.

Also, since our article, customers had complained that they had been sending her messages and making phone calls to which had not been replied to for several weeks.

Thankfully due to the intervention, Jones claims customers will be paid up shortly; she blamed the delays and non-communication on the fact she was ‘busy’.

Investigations are currently taking place into the legality’s of the ‘business.’

If you also have had issues with Amy Jones or her operation ‘Delivery To Your Door’, feel free to drop us a line.