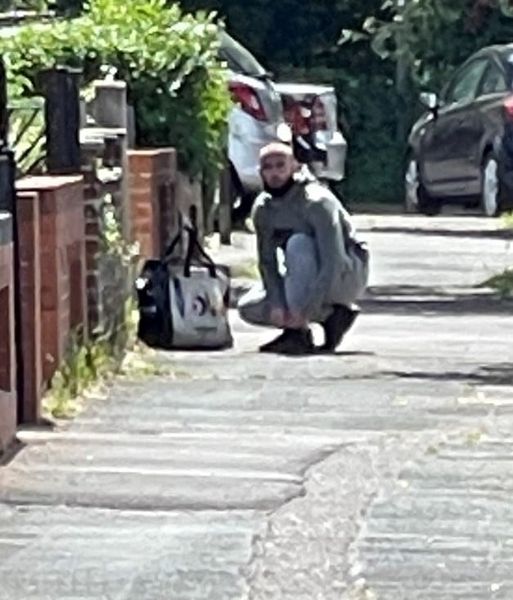 Officers investigating an incident where security staff were threatened with a knife in Bournemouth issued an image of a man they would like to speak to.

At around 1 pm on Monday 7 June 2021, a man and a woman attempted to steal items from B&Q on Castle Lane West.
A security guard challenged them, and they ran off through the underground car park area toward Evershot Road.
Security staff proceeded to follow them and rechallenged them on Evershot Road.
The man pulled a knife from his pocket and threatened the security staff.
There were no reports of any injuries sustained.
Police Sergeant Paul Harding of the North Bournemouth Neighbourhood Policing Team said: “As part of my enquiries, I am now in a position to issue an image of a man I would like to identify.
“I would urge anyone who recognises him to please come forward and contact Dorset Police.”
Anyone with information is asked to contact Dorset Police at www.dorset.police.uk, via email 101@dorset.pnn.police.uk or by calling 101, quoting occurrence number 55210090164. Alternatively, to stay 100 per cent anonymous, contact the independent charity Crimestoppers online at Crimestoppers-uk.org or call freephone 0800 555 111.
Whilst the offence took place in Bournemouth, it’s thought the knifeman could be from any part of Dorset whilst targeting Bournemouth and request everyone in the Dorset county to keep a vigilant eye.