Jul 13, 2021 Ibiza Mallorca & Menorca At Risk Of Heading Back To Amber After 2 Weeks On Green List 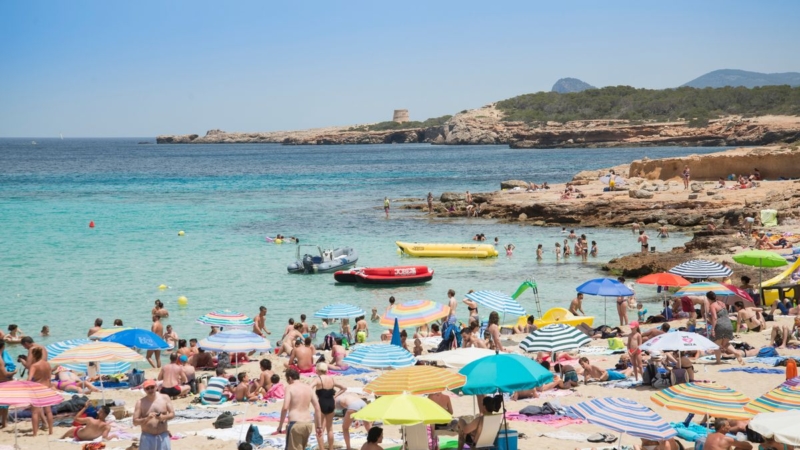 Ibiza, Mallorca and Menorca are at risk of going back on the amber travel list, just two weeks after they were moved to the green watchlist.

The Balearic Islands are among the most popular holiday destinations where Brits can currently travel without having to quarantine on the way back as they currently sit on the green list.

At the moment, the islands are reporting 258 cases per 100,000 people, according to Cercle d’Economia de Mallorca.

It’s just another blow for Spain as the mainland itself is currently undergoing a 5th wave and likely to end up back on the red list according to Whitehall ministers.

Travel agents are now warning customers to forget Spain as a destination and select safer countries.

But after a surge in cases on the islands, there are fears they could be moved back to the amber list, meaning British travellers will have to self-isolate for 10 days on their return to the UKAt the moment, the islands are reporting 258 cases per 100,000 people.
Advertisement