Jul 12, 2021 UK Prepares to Place Spain On The Red Travel List Due To Rising Infection Rates 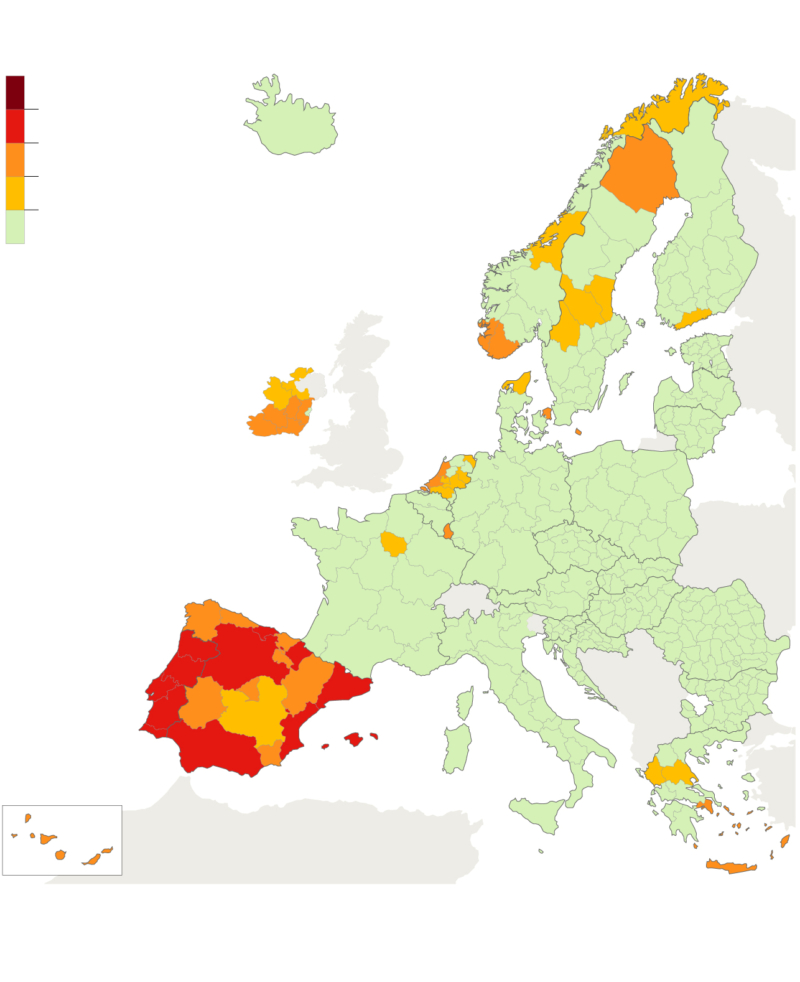 On a map of Europe that is painted mostly green, the sign of low coronavirus incidence, Spain is now nearly completely red.

That is the chromatic scale used by the European Centre for Disease Prevention and Control (ECDC) to warn of the risks of travelling to EU states.

According to its data, only two countries have higher rates than Spain: Cyprus and Portugal. However, the latter is already seeing improvements, according to the MyWorldInData website, a database promoted by Oxford University.

It’s something now the UK government is heavily monitoring after allowing Brits to travel to Spain under the two jab ruling.

Currently, the situation is you can travel to Spain from July 19th, but according to Whitehall ministers, it’s likely to be in doubt if Spain continues the way it is.

A Whitehall minister only on Friday revealed to Global247news whilst returning from his London offices how Spain may be added to the red list for travel, he said:

“Spain looks as if it has a serious problem again with a fifth wave, the government are monitoring it by the hour now, and any countries deemed to have high numbers will simply go on the red list to protect the UK.

“We will have no hesitation at all to place any country on the red list, that includes Spain who is at present Data shows having a serious issue; we understand it could disappoint millions of people both in the UK and Spain but health and safety have to come first.”

It’s expected that Spain unless reports a serious drop in infection cases will be added to the red list before July 19th.