Jul 12, 2021 Richard Branson flies to edge of space in an "experience of a lifetime" 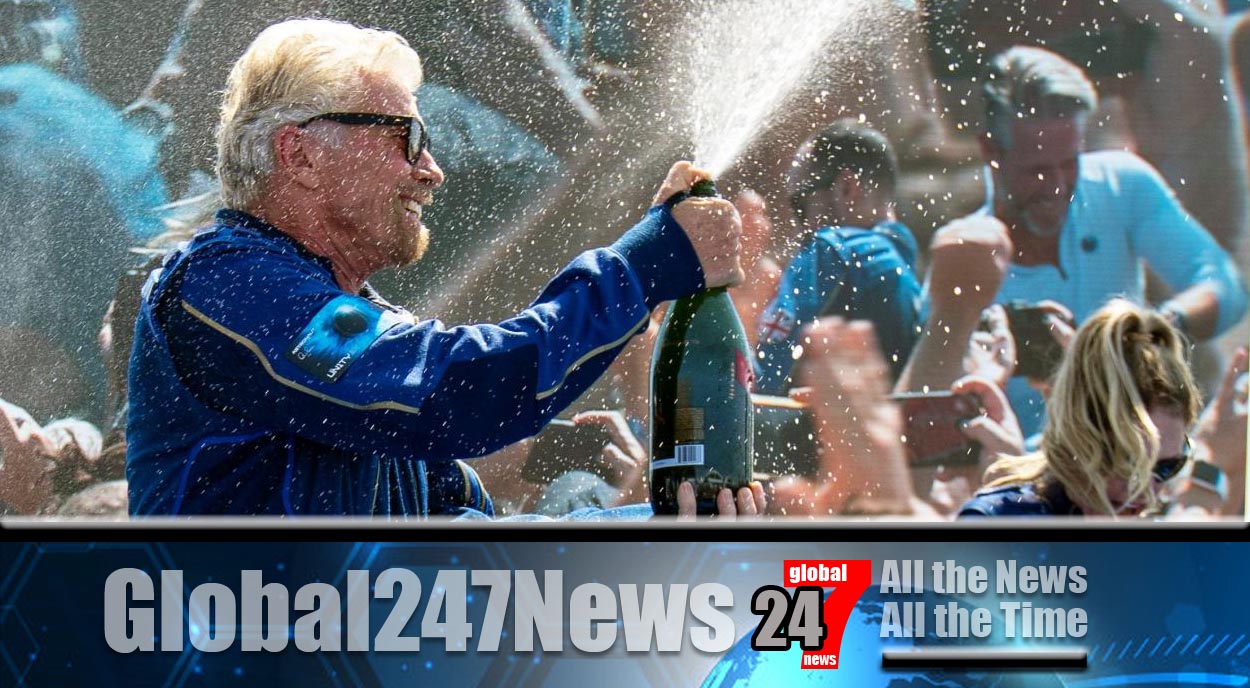 Sir Richard Branson called the flight an “experience of a lifetime”.

Richard Branson flies to edge of space in an “experience of a lifetime”. He was aboard Virgin Galactic’s first fully crewed flight. After feeling the thrill of weightlessness on Sunday afternoon the billionaire was all smiles when he touched back down to earth.

The trip was hailed as a “breakthrough moment” for the businessman and the commercial space industry. The mission took off from Spaceport America in New Mexico, USA after a slight delay due to bad weather overnight. Live video streamed online showed the craft in the air at 3.45pm UK time and 15 minutes later it was flying at 40,000 feet.

It was carried by another spacecraft then released so it could fly up to 250,000 feet. The crew managed to reach Mach 3 speed during the flight. Returning to Earth Branson was greeted by cheering and clapping and told news reporters “Like most kids I have dreamt of this moment since I was a kid but honestly nothing could prepare you for the view of Earth from space.