Jul 11, 2021 Fly-tippers blocked by farmers forklift after they were caught dumping rubbish 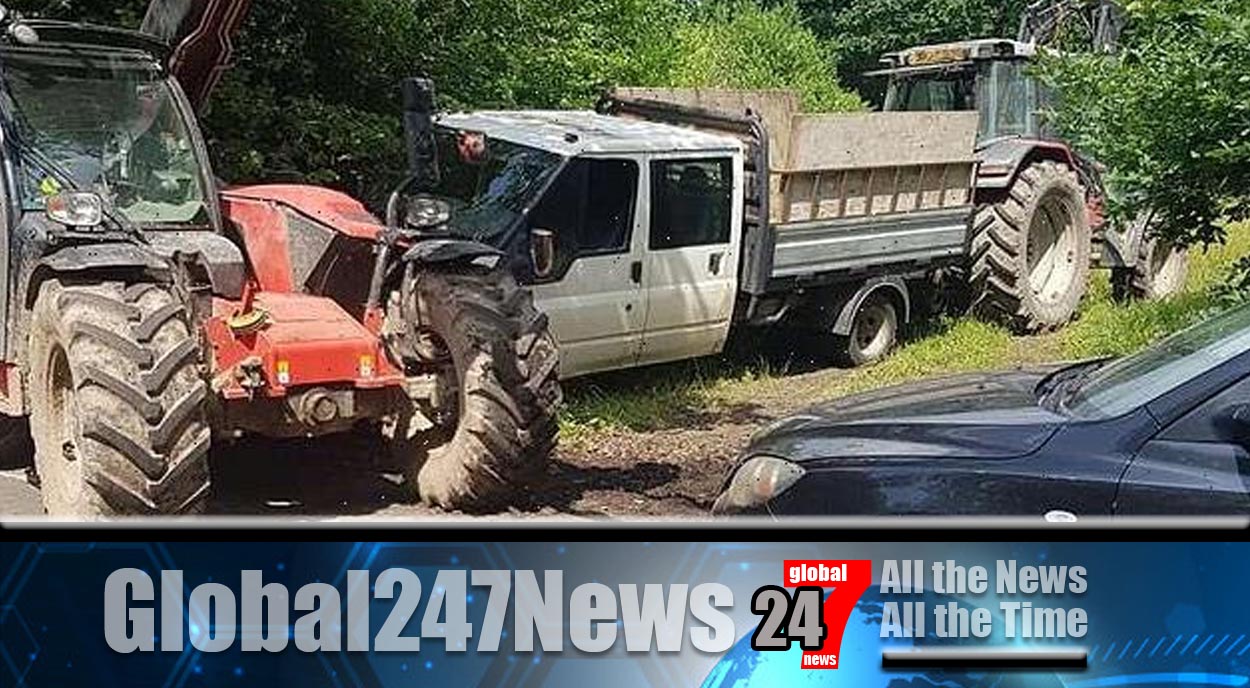 Fly-tippers abandoned their vehicle after farmers caught them dumping rubbish.

Fly-tippers blocked by farmers forklift after they were caught dumping rubbish. Steve Jones caught the men trying to dump the waste on his land. The incident happened at Harvel House Farm near Meopham, Kent with farmer Jones’ two sons Trevor and Josiah using a tractor and forklift to block the fly-tippers truck. Jones, 65, decided to take action after the dumping of rubbish on his land became a daily occurrence.

Jones said that once they had the men cornered one fled on foot while another threatened to smash through their barricade with his truck. He was unable to get the truck out and also left on foot before police arrived and seized the vehicle. Jones said “We wouldn’t go a month without fly-tipping generally.

It ranges from people clearing out their shed to people who are doing it serially. It’s quite regular, but this lot were coming every day, which was a bit silly of them because it made them easy to catch. We knew roughly what sort of time they were coming, so I got there about 9.45am. They turned up and we saw them go past.

They were incredibly quick. By the time I got the car down there, they were on their way out. I got on the walkie talkie, and the boys and some of the staff turned up. I didn’t close the gates, I just parked the car across the gateway so they couldn’t get out. They weren’t best pleased. One of them just walked straight off, he wasn’t hanging around.

The other one remonstrated with me. He told me to get out of the way, and then he got on his phone to get some other people. Then he said ‘I’m just going to smash out past you’. I said ‘that’s why I bought a £200 car’. He went up the bank but lost traction on his wheels and couldn’t move. My two boys were coming with tractors, so we boxed him in so he couldn’t get out.”

A spokesman for Kent Police said “Officers attended and seized a vehicle, which had been driven to the scene by the man who made the threats. Inquiries into the threatening behaviour are ongoing.”