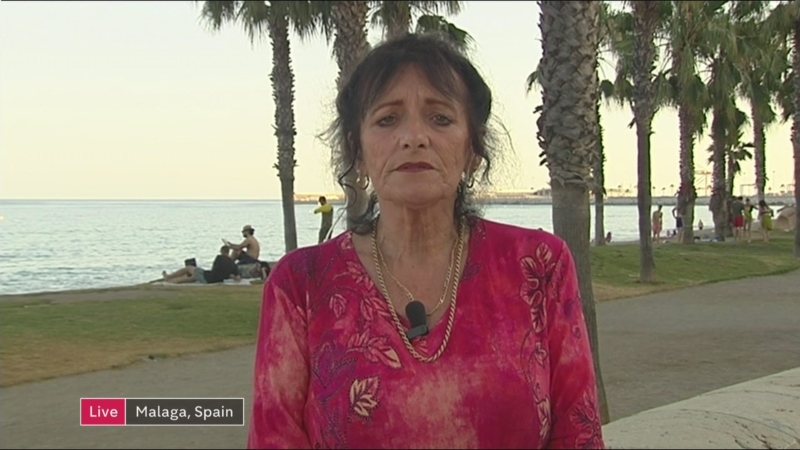 Anne Hernandez, who was earlier this year awarded the MBE by the Queen for defending the rights of British ex-pats in Spain, has once again come to the forefront and taken UK ministers to task.

However, Anne is on another mission away from Brexit; this time, the battle is for British ex-pats residing in Spain to be accepted returning to the UK with the EU vaccination.

At present, whilst holidaymakers are now permitted to return to the UK without quarantine, British ex-pats still have to follow the quarantine regulations as they did not receive their ‘2 jabs’ from the NHS.

Hernandez once again challenges the British Government on the subject, especially as British Embassies across Spain gave out mixed messages on the ruling, clearly not informed from Whitehall correctly.

As ex-pats called their nearest Embassies last week to clarify the ruling, some were told it was incorrect and called it nonsense.

Although hours later, it was clarified as correct, which demonstrated that British ex-pats were an afterthought rather similar to Brexit once again.

As “Super Anne’ as she is known to thousands of ex-pats across the Costa del Sol & Costa Blanca, gets involved, confidence is rising that the strange decision will be overturned shortly.

As campaigner Hernandez took to social media to announce she was on the case, Brits desperate to fly home and see family became relieved.

One of those ex-pats in Fuengirola, Wendy Williams, told Global247news:

” We all feel much better now Anne is on the case; we were all discussing it last night in the bar.

“Once again, it looks like she’s coming to the rescue of us stranded ex-pats; everyone is starting to relax a little as they feel she will sort this out. If she does personally, I would like to pin a medal to her chest.

“It’s been nearly two years since I have seen my daughter, and so this crazy regulation needs resolving, and if anyone can, Anne can!”

Anne herself, took to social media to explain her current stance, she posted:

” Roger Gale, MP, seems to be one of the few, if not the only Tory, who is prepared to fight for our rights as British residents in the EU. Re the announcement by Grant Shapps that UK double-vaccinated citizens will not be required to quarantine upon return to the UK from Amber-listed countries (although a second-day test will still be required) he tells me that he raised this in the HoC and that negotiations regarding the acceptance of the EU ‘Vaccine Passport’ are in hand and he is hopeful that there may be a further statement before the start of the summer recess.”