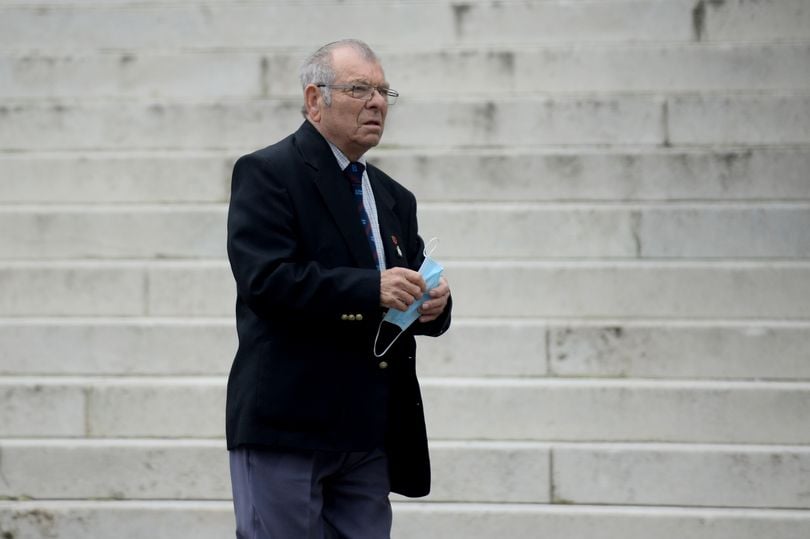 An 81-year-old pensioner arranged to meet who he thought was a 12-year-old girl following sexual text messages in which he called her his “special girl”.

William Anderson, from Caerphilly, told a decoy named “Layla” that he wanted to kiss her, cuddle her and sexually touch her before telling her she “did not have to worry about becoming pregnant” due to his infertility.
Despite the decoy telling Anderson she was a minor, he went on to suggest they could have sex and said he would “be gentle when she felt ready”.
He also told her to keep their conversations a secret and arranged to meet with her in Caerphilly town centre, but when he attended a bandstand he was met by police who arrested him.
Anderson, of Pembroke Court, Hendredenny, pleaded guilty to attempting to meet a child following sexual grooming and attempting to engage in sexual communications with a child.
Sentencing, Judge Christopher Vosper QC said: “There are a number of mitigating features in this case. You are 81, you have no previous convictions, I accept you are remorseful and before this, you lived an exemplary life.”
Anderson was sentenced to nine months imprisonment suspended for two years and was ordered to carry out 25 days rehabilitation activity requirement. He was also made subject to a sexual harm prevention order for 10 years.