Paramedic stabbed by man she tried to help 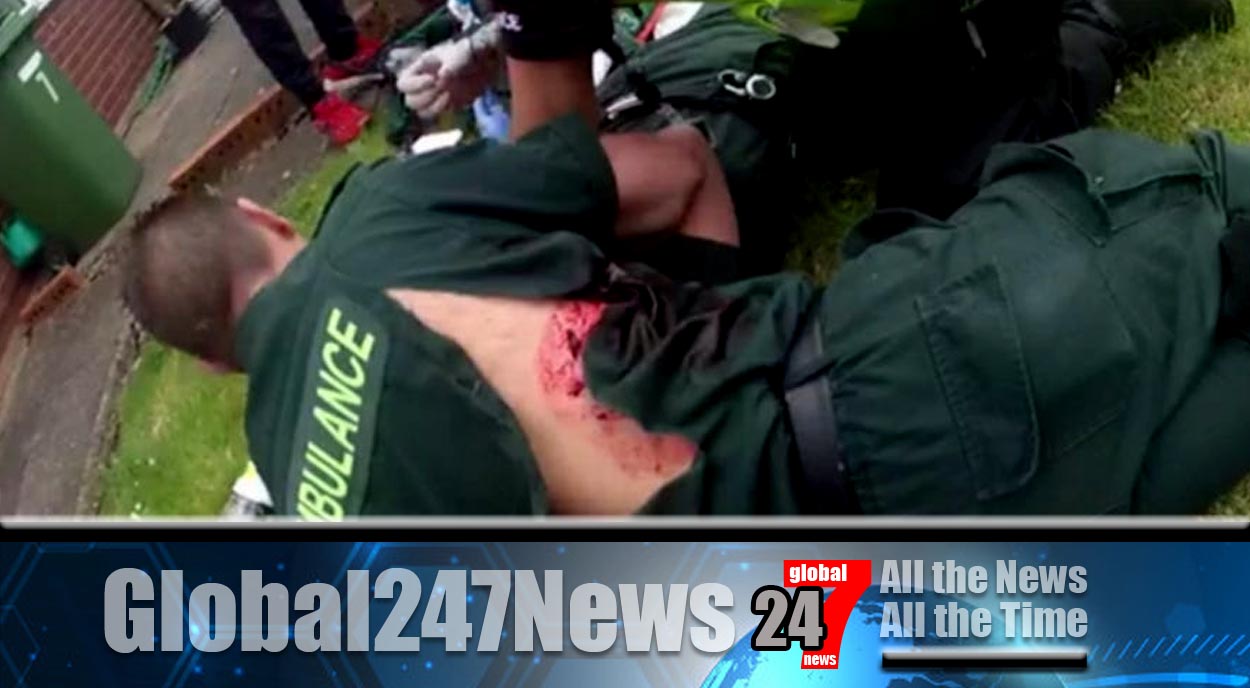 A man has been jailed for nine years for stabbing the paramedic trying to help him.

Paramedic stabbed by man she tried to help. In court she told him “you took all that I am away from me”. Martyn Smith, 53, was sentenced to prison on Friday at Wolverhampton Crown Court. West Midlands Ambulance Service (WMAS) said he had admitted two charges of wounding with intent to cause grievous bodily harm. He had stabbed paramedic Deena Evans in the chest.

Fellow worker Michael Hipgrave was knifed in the back trying to shield her. The attack, which only lasted for 12 seconds, happened at a maisonette in Stephens Close, Wolverhampton last July. In a statement read out in court Ms Evans told Smith “I came to help you. I said your name, asked if you were OK, and then you jumped out and stabbed me.” Emergency services had been called to the property by Smith’s mother to carry out a check on him and his welfare.

Ms Evans said as they entered the property Smith “ran out from around the kitchen door with an 18-inch knife in each hand and just ran at me, and I went backwards”. After sentencing Ms Evans spoke on video to say “Mick pushed me out the way, stood in front of me and I felt him lunge forward, obviously where he had been stabbed in the back.”

She continued “I remember taking a step back and thinking ‘my uniform is really wet – really wet and sticky’. So I started to check under my shirt and I saw the wound and it was just pouring out, so I put my hand on my chest to try and stem it and I shouted ‘I’ve been stabbed, I’ve been stabbed’. I ran into the garden, that’s where I collapsed, and the female officer was with me, and I said to her ‘please don’t let me die, please don’t let me die I’ve got three children’.

I was gripping on to her uniform and she kept saying ‘I’m sorry, I’m sorry – you’re not going to die, I won’t let you die’.” She was rushed to hospital where she had to undergo an operation on the wound. Mr Hipgrave, 52, of Coalbrookdale, Shropshire, was discharged from hospital later the same evening, after treatment for a wound to his back.

WMAS chief executive Anthony Marsh said after the hearing “For two paramedics to be stabbed so horrifically whilst simply trying to help a patient is sickening.

I hope today’s sentence acts as a deterrent and sends a strong message that attacks on emergency service workers will not be tolerated.”