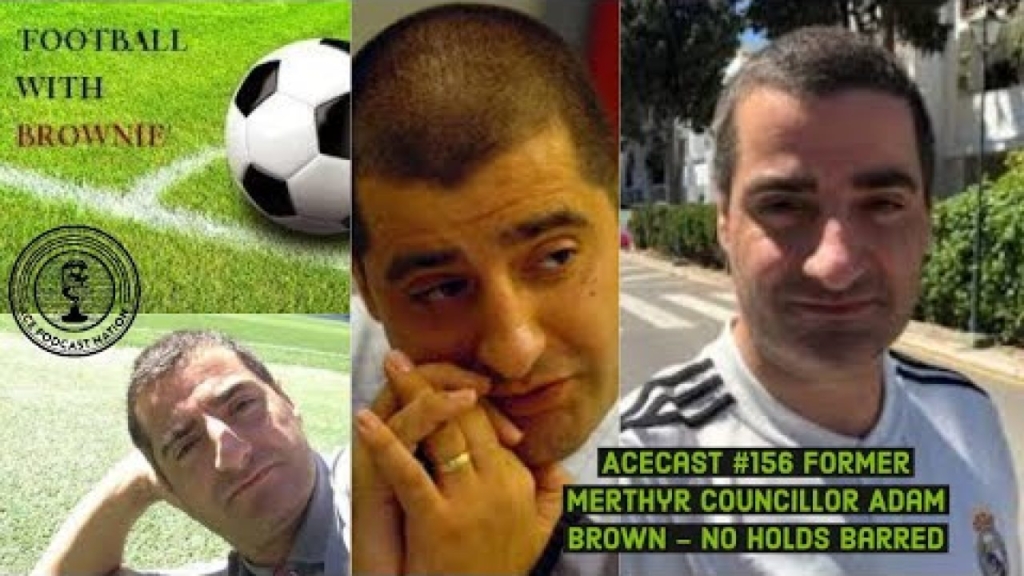 A Wales football supporter has come under an international ban for calling England cheats.

Adam Brown, a Welsh football supporter who resides between Marbella on Spain’s Costa del Sol and his home town of Merthyr Tydfil, has found himself under a fan-based International ban and total boycott.

The sanctions have come from fans around the world of football after the Welshman who presents a football show called ‘Football With Brownie’ on YouTube ranted against England’s fine win last night, calling them cheats.

As the footage was released early this morning as Adam Brown pounded the streets of the Welsh capital Cardiff, it quickly spread amongst English fans around the world via YouTube and Facebook and other social media channels.

Now England fans based not only in the UK but globally have collaborated and issued amongst themselves a total ban on watching any more of his shows whilst the Euro’s are on, including any build up shows to the final to which England are in whilst the Welsh team watch on as well as their fans who are what appears to be very bitter of England’s success.

According to Arsenal sources, Bans are nothing new to outspoken Brown; Brown has been banned and blocked from the UK’s largest YouTube channel, Arsenal TV and other large mediums.

Source Randy Viper, himself based in New Zealand, told Global247news what has taken place:

” Brownie runs the most unprofessional football show on YouTube, it’s got him banned by many, but after his bordering racist show and rant against the English, enough was enough.

“We have a code of honour on Youtube, and Brownie has gone well beyond those barriers; yet again, we have all collaborated after his outlandish claims and decided to block and ban him until the tournament is over.

“It’s his own fault, like thousands of other Welsh fans he is very bitter and went way past what you would call ‘football banter’.

“He’s brought it upon himself,” said the mineral miner.

Whilst in Newcastle, Nathan Carrick who himself presents a football show called Nathan’s Watchalongs says the Welshman is a disgrace to YouTube presenting, Carrick stormed this morning, ” As Madness once sang, “He’s An Embarrassment”

“A total embarrassment, he has gone way past the mark calling England cheats, simply through jealousy as his country is so poor at football, let’s be honest they have only ever properly qualified for something once and then they were beaten by England.

“They even had an open-top bus parade in Wales for losing a semi-final, that says it all.

“As for Brownie, his footage was appaling, biased and the language against the English was not called for.

“I have joined the boycott and ban that includes millions of others, he needs to get a grip of himself,” said the English fan.

YouTube shows may be new to many, but billions around the world now prefer Football shows on YouTube rather than normal TV and these channels are very profitable for the presenters, Arsenal TV alone produces a net profit of just over 1 million ponds per year on just one channel.

Although Welshman Brown appears to have got himself banned and boycotted from the global audience for his latest rant.

Global247news contacted Mr Brown this morning who replied “Oh just piss off, you are all biased” before slamming the phone down.