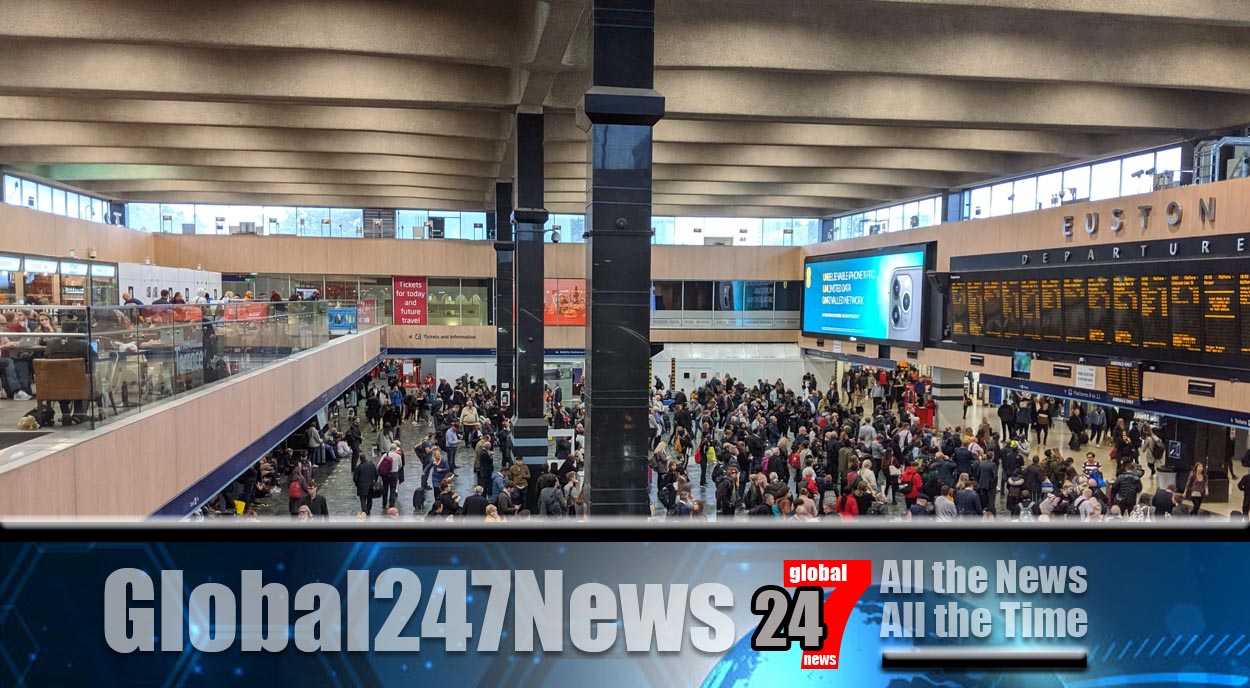 One of London’s busiest railway stations has been closed during rush hour.

Euston Station shutdown after Staff Assault. The reason for the closure is thought to be a violent assault on a train. Dozens of trains on the West Coast mainline were cancelled and London Euston was shut down. In a statement Network Rail said there would be “temporary delays in and out of Euston while the BTP Euston British Transport Police find and remove a trespasser from the track”.
They also announced on Twitter “We’re sorry journeys are delayed. Please bear with us a member of our team has been injured so you’ll see BTP Euston helping.” Madeleine Hallwood, a passenger, tweeted “Well, this is dramatic. Train being held at Euston following violent assault on the adjacent train.

Four heavily armed officers keep passing through the train searching for the aggressor, and nobody can leave the train.” The first train to show on the boards as “on time” is the 10.43am to Edinburgh with all previous trains either delayed or cancelled. Travellers between Birmingham and London are being urged to use Chiltern Railways serving Marylebone station in the capital, with ticket acceptance in place.
Advertisement