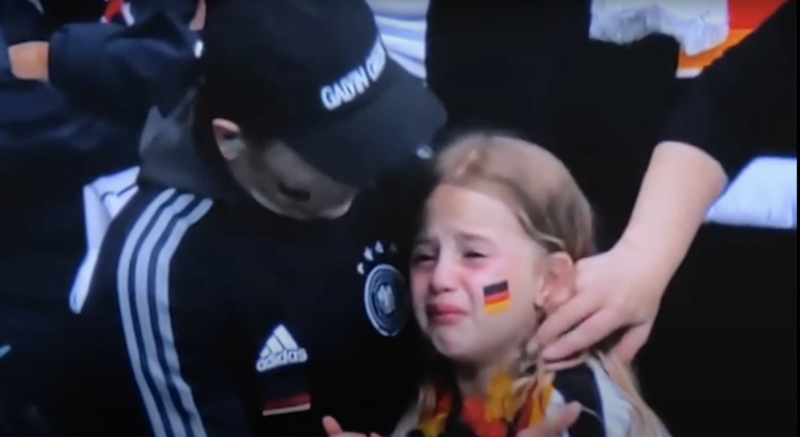 Welsh fans raised over £36,000 for the little German girl who was captured on live TV, balling her eyes out after being beaten by England.

Due to online abuse, a football fan from Pontypridd set up a Just Giving Page whilst not expecting it to raise a whopping £36,000 and climbing, as the appeal was launched and funds flooded in a search took place for the young lady.

Joel Hughes, who organised the fundraising, only expected to raise £500 in an attempt to demonstrate that not everybody was horrible.

People from all over the world contributed to the cause, and the target has since been smashed beyond anyone’s expectation as £36,000 have been raised thanks to the donations of more than 3,200 people.

Now the family have been found of the little girl, they have requested the funds to go to UNICEF instead.

A statement reads: “In the interests of our daughter and our family, we would like to remain private; however, we wish to thank everyone for your amazing support.

“Our daughter would like to request your generous donations go to UNICEF, knowing that your kindness will do good.”

An amazing gesture says Welsh supporter Chris Jacob, who told Global247news: “Fantastic, I was concerned when it rose so high for the little girl, the family could have just grabbed the money, what an amazing gesture and it will keep the poor little girl out of the limelight.

“It’s regained my faith in humanity,” he said.