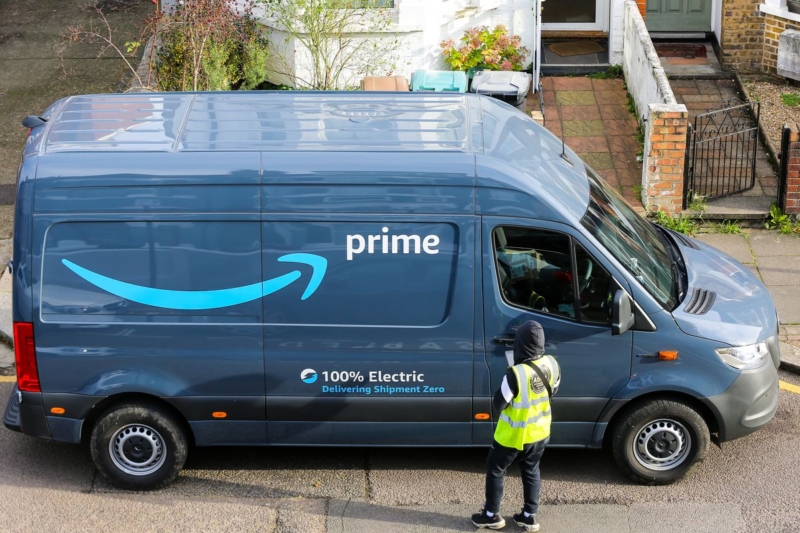 An Amazon delivery driver was robbed at knifepoint in Cardiff and had his parcel-laden van stolen.

Emerson Picanco was on a round of deliveries in the Llanrumney area of the city on December 6 last year when he was approached by a man who demanded the keys to his van.
He initially refused, but the man then brandished a knife and again demanded the keys to the vehicle. Fearing for his safety, Mr Picanco threw the keys at the robber, who made off in the van containing around 30 parcels.
On Tuesday, a hearing at Cardiff Crown Court heard the robber drove the van a matter of streets away to Blackbirds Way before defendant Michael Hewings, and another man arrived in a red BMW and got into the van, with Hewings in the passenger seat.
Prosecutor Claire Pickthall said they drove to Drawlings Close when Hewings was seen on CCTV leaving the vehicle and walking back to shops.
Police later recovered the van and the majority of the parcels, which had been removed from the van by youths, but a small number were left unaccounted for.
Hewings, 31, was arrested on December 15 after being recognised by an officer on CCTV and initially denied any involvement, but fibres taken from his tracksuit bottoms were found to match the van.
The defendant of Dickens Avenue, Llanrumney, denied robbery but later pleaded guilty to handling stolen goods – a plea acceptable to the Crown. He said he knew the perpetrator of the robbery but refused to name names. He also had a number of previous convictions for offences of violence and burglary.
Sentencing, Judge Christopher Vosper QC said: “The part you played was to assist in the removal of the goods or the retention of them and to assist the second driver. There’s simply no evidence about the value of the contents of the van.”
Hewings was sentenced to 12 months imprisonment suspended for two years. He was also ordered to carry out 120 hours of unpaid work, six days of rehabilitation activity requirement, and 19 sessions of a thinking skills programme.