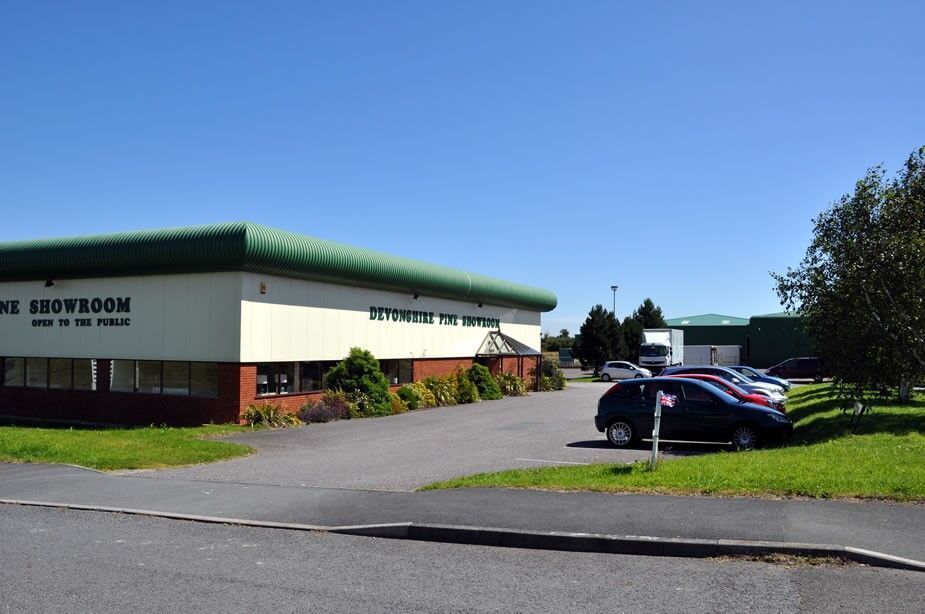 Since the news broke recently of the demise of Bideford company Devonshire Pine, once the town’s and local area’s largest employers, more former employees are coming forward with an inside of what’s taken place at the company in the last several years.

As the company has fallen from a turnover in the 20 million region and a pre-tax yearly profit of 5 around million pounds, the company now with just a 7 million turnover with losses over one million pounds and having ceased trading in the manufacturing of furniture many ex-employees who lost their jobs blamed the companies fortunes on bad decisions by the company owner Peter Hockin and the actions of appointed director Andrew Waddell.

Although further revelations are coming forward from ex-members of staff on what went on within the company.

One of those remarkable revelations is how Peter Hockin himself deployed gangsters in an attempt to try and retrieve a debt.

It comes to light after former workers at the factory remain amazed how the companies fortunes changed financially, costing them their jobs; as one former high ranking worker said, “Hockin was so cautious with money, he even paid gangsters to collect a debt.”

After collating evidence to the former workers’ claims contacting Global247news, we can now reveal that the information supplied is true and correct and that Hockin, whilst MD himself, deployed thugs to chase money.

At the time, Devonshire Pine was the market leader, rising from a steady 8 million turnover to dizzy heights in the 20 million regions.

During that period, the business was caught out by a now-convicted fraudster who operated in the furniture business.

Stephen Charles Edwards from Suffolk would contact furniture companies and place orders for goods that would switch warehouse delivery addresses and be unavailable in person; one of his victims was Devonshire Pine Ltd.

Edwards, who was finally arrested and jailed several years later, was found guilty in Ipswich Crown Court of a multi-million-pound scam, although it transpires he met his match when he scammed Devonshire Pine and Peter Hockin.

According to our source, who supplied witnesses and statements to Global247news, Hockin paid bare-knuckle Gypsy fighters associated with gangland crimes in an attempt to retrieve over £20,000.

The informant recalls Hockin’s actions; he said: ” Hockin was furious with his commercial director, Edwards had swindled £20,000 in goods and he wanted his money back.

“He took £2,000 out of the cash safe situated in the factory showroom and had it paid to bare-knuckle fighters in Cardiff to go and deal with Edwards as well as try and retrieve the 20 grand.

” These were proper gangsters, and I was surprised Hockin would go to such lengths, but he did and deployed then to go to London to seek revenge and get his 20 grand back.

“I remember them going; the leader of the gang was a champion Gypsy bare-knuckle fighter of many years, from Rover Way in Cardiff where the large Gypsy community live.

“They went to Newmarket first, but there was none at the address, but they got a tip-off. Edwards was in North London, and that was where the con man Edwards was dealt with; they blew up his car right outside the rented home of Edwards. I’m not sure what else took place; it was always kept a tight secret, and Edwards never resurfaced again until he was finally arrested for other frauds and ended up in the dock at Ipswich Crown Court,” he finished.

It’s those type of actions, defending the companies profits, that has left former staff bewildered how Hockin allowed the companies demise as profits faltered.

They still fail to see how Hockin allowed it to happen apart from putting too much faith in former truck driver Andy Waddell who ended up in the Managing Directors hot-seat simultaneously as the companies sales, turnover, and profits plummeted, leaving hundreds out of work.

One thing for sure for the redundant staff still remains bitter over losing their jobs as the revelations continue to come out.