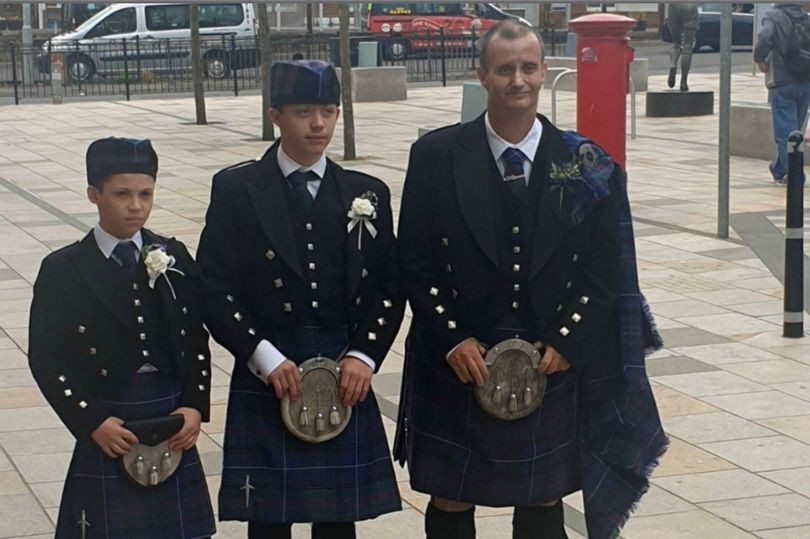 A groom collapsed and died at the altar as his wife-to-be was walking up the aisle.

Paul Wynn, 57, had only discovered that he had cancer just days before the wedding.

After seeing a specialist he was told that the cancer had spread to his liver and lungs and that he only had six to eight weeks to live. This was just eight days before the wedding was due to take place which Paul had brought forward so he could marry his bride on the 25th June.

His 38-year-old fiancee, Alison, described him as a “fantastic dad”. Alison Wynn, who had changed her name by deed poll years ago, said “He had actually been wheeled up in an office chair into the lift and taken up the stairs as he had no energy to get up to the room.

He was out of breath and struggling from what I was told.” As she walked into the venue she saw Paul slumped at the altar.

Sandy Wynn, their eldest child, walked her mum down the aisle.

However, as they entered they realised something was seriously wrong.

Alison continued “By the time I got to him I called his name a couple of times. He didn’t turn round, he didn’t look at me and I realised there was something wrong and I started breaking down and I started shouting his name and we knew something wasn’t right.”

A defibrillator was used on him however he was unable to be saved.

Paying a loving tribute to the father of her children Alison said “Paul loved going out and taking pictures of anything and everything. We were his life, he would do anything for his kids. He would move heaven and earth for his kids and everyone loved him. He would give you every last penny he had. He made sure that everyone got before him. He was there for everybody.”