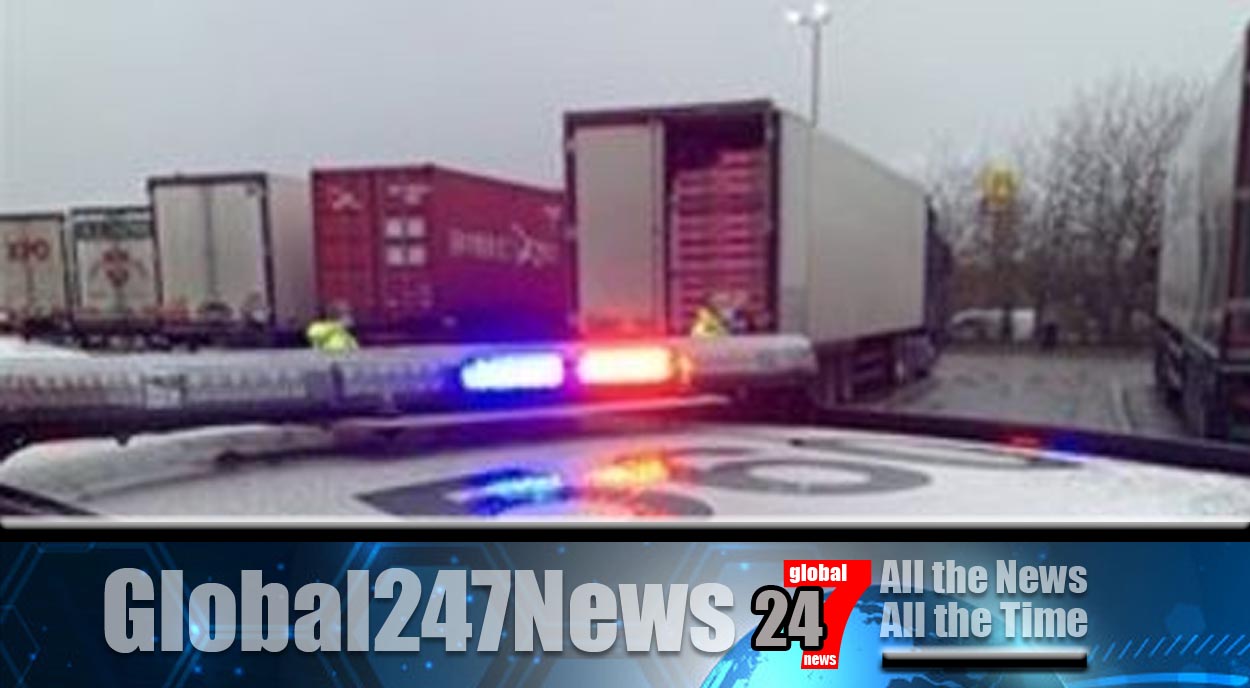 Police closed the M25 yesterday after receiving a panicked call from migrants.

Suffocating immigrants call Police for help. During the call they explained they were in the back of a lorry and were having trouble breathing. Emergency services arrived on the M25 near Chertsey at 11am yesterday after receiving the call and feared that people in the lorry had already suffocated. As exact details of the vehicle were not given during the call police had to stop a number of lorries in a bid to find the migrants.

They carried out searches on a number of vehicles and had to close two lanes of the busy motorway, causing huge tailbacks. The lorry in question was found between junctions 10 and 11 and the group inside were released unharmed. Police said that enquiries are ongoing however it is not thought that the driver knew he had stowaways on board.

A spokesman for Surrey police said “Officers were given a very limited description of a lorry, and were told that people on board were struggling to breathe. This resulted in police needing to stop a number of lorries quickly to try and identify the one involved. The correct lorry was stopped between J10 and 11 on the anti-clockwise carriageway around 11.30am.

Eleven men and one woman, believed to be clandestine migrants, were found in the back of the lorry. They have been checked by paramedics at the roadside and taken into police custody. Immigration services will be dealing with the matter. Two lanes of the motorway were closed whilst officers attended the incident, but have since been reopened.”