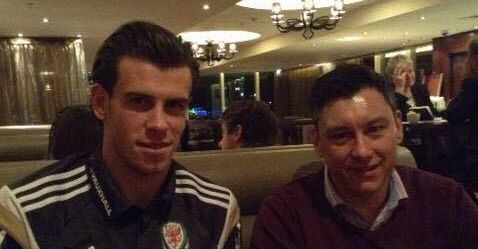 Real Madrid and Gareth Bales agents are now locked in a battle over the release from the 12-month remaining contract with the club.

Battle has commenced between Real Madrid and Gareth Bale’s agent Johnathan Barnett as the club want rid of the Welsh Captain, and Bale himself desires a full time move back to Wales.

This week saw Bales agent fire the first shot as he informed Sky Sports News that the player intended to return to Madrid for the remainder of the player’s contract.

Although the comments in Madrid were taken as a 25 million pound threat and Real Madrid returned a volley by stripping the Welshman of his famous number 11 shirt and not allocating him a squad number.

Sources now in Madrid are stating that Real Madrid’s club president Florentino Pérez is set to play hardball and dig his heels in as he feels Bale should terminate his contract for free to follow his desire to return to Wales.

The source told Global247news, ” Pérez is adamant that Gareth Bale should terminate by mutual consent for no fee; he feels the player has made millions from the club and should do the decent thing and walk away to follow his Welsh dreams.

“Pérez has also indicated to Barnett that he allowed the player out on loan last season to ‘pad out’ the existing contract which he feels was all in Gareth Bales favour, and now that Bale himself has stated his next move would cause chaos, he should move on quietly and follow his future desires and dreams,” said the established source.

Both parties are now reported at full loggerheads in attempting to settle the last 12 months of the contract financially, a contract that, if not settled, could cost the Spanish giants £25 million for a player with no place in the team or squad, commonly known as the ‘bomb squad.’

Although it’s doubtful, that will be the eventuality as it’s widely known Bale has no intention to return to Spain and has his future plans in his mind.

Some of those plans have seen recently formed new companies set up in Cardiff, the latest being True Swing Ltd.

Bookmakers odds were slashed last week as the European Championships finished for the Welsh Captain, falling from 33/1 down to 5/4 on the Welsh leader signing for his local club Cardiff City, widely believed to be the players next club move.

Whilst many Cardiff City fans feel they can’t see the move taking place, despite the fact, the Welsh club’s directors have not denied the possible move, hope remains throughout the Cardiff City fan base the contract talks can be settled with the Spanish giants to see what the ‘proposed chaos’ Bale himself has promised.