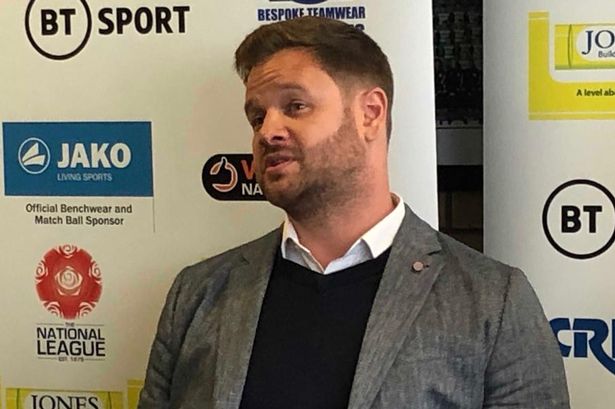 Yeovil Town football club appears to be heading to the wall in the financial department as the latest accounts published yesterday revealed losses PRE COVID of £216,000.

Whilst in the grand scale of football, the figure wouldn’t cause alarm bells, losses of that size to non-league sides are critical.

After a disastrous run in the football league, the club sank back into non-league football, and as the then board came under pressure from its supporters, the club was sold on.

Unknown Scott Priestnall and Errol Pope rode into the west country town, courting the fans and milking the publicity as saviours of the club.

Companies House demonstrates no success in business from the two, whilst a long list of dissolved companies remains under their titles.

Now the mysterious Scott Priestnall, who appears to have never what fans would say ‘Made any money.’ stands alone as his partner and co-owner Errol Pope bailed out in December 2020. Although Companies House reveals, he only resigned from Yeovil Town Holdings Ltd and not from the other 3 companies associated with the club.

In December, Pope rolled out in a statement that due to the pressures of Covid, he had to stand down and resign.

A line used by many during the pandemic as businesses fail, although in consideration Pope’s documentation at Companies House show he had no registered successful or failing businesses anyway to be affected by the Coronavirus outbreak in the UK.

Now Preistnall stands as the Chairman of a football club and the sole owner, although he has brought in Glenn Collis another with a chequered past at Companies House with his latest Company registration Global Sports Partnerships, having been compulsory struck off on March 30th, to join his other two dissolved registered companies centering around sports management.

Collis describes himself on Linkedin as” Responsible for overseeing all aspects of the business operations model, including financial and compliance. Effectively operating as club Chief Executive Officer, however, as a formal Board Director.”

A  bold statement from someone who’s never succeeded in Sport or business and described as a ‘Walter Mitty’ by successful football agents in the world of football, to where Collis’s previous dissolved businesses were centred.

As well as the latest losses Priestnall has ‘hocked’ the club in way of fixed and floating charges filed at Companies House.

One to MSP Capital for 1.3 million via his company CV Leisure formed to hold his shareholding in the club that’s due for repayment on the 17th December. The sum believed to be the loan to purchase the club, although Preistnall denies this.

Another to The English Sports Council for 700k taken during the recent pandemic.

On arrival at the club and his purchase, Preistnall told the media and the clubs supporters he was going to have to make cost-cutting changes citing that the previous owners had been running the operation as a Championship club whilst in the non-league.

The accounts, for 2019/2020 period pre covid demonstrate that staff levels at the club were reduced from 174 staff members to 128 reducing by 46 staff.

Fans of the club no doubt will be lining up to ask how and why? although in recent times Preistnall has distanced himself from the Towns supporters, not surprisingly as the debts clearly rack up and the current Chairman has no answers to what appear to be his financial failings.

Looking at the accounts this morning and the financial losses and position of the club, there’s only one conclusion you could draw.

The club was purchased by hocking the club, is racking up debts with far more expected in the next set of accounts, covering the pandemic and has current owners who have never been successful in business at any level let alone sport.

Is it a club up the creek without a paddle? – only time will tell but as one fan hit out this morning:

“We are stuffed unless we actually get a successful businessman to run the club or the supporters themselves take control via a supporters trust.

“This latest owner is clearly a ‘blagging charlie’ without a pot to p@ss in and he won’t be doing this for free, neither will Collis, I bet that’s why the Tax & Social Security payments have gone up.