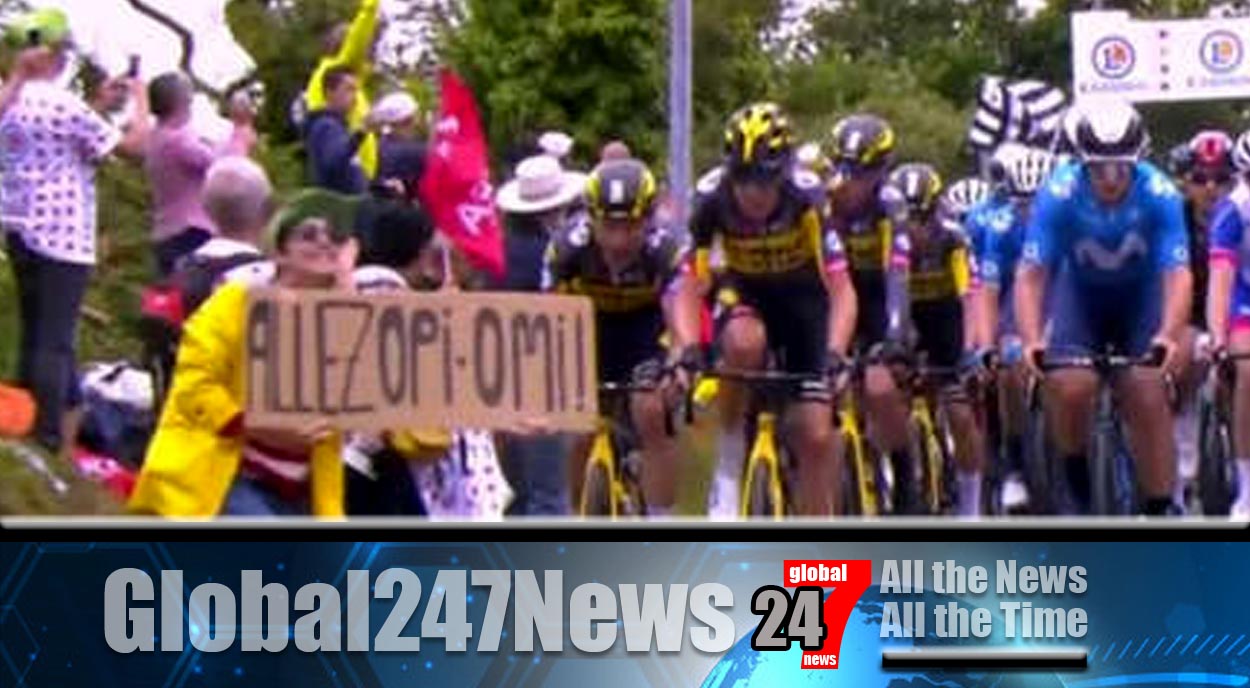 A woman whose idiotic stunt caused a pile-up at the Tour de France has been arrested.

Idiot spectator that caused Tour de France crash arrested. She was detained in Brittany yesterday. State prosecutor for the city of Brest, Camille Miansoni, confirmed that the woman had been arrested. The spectator, who is 30, cannot yet be named but will be charged with “causing unintentional short-term injury through a manifestly deliberate breach of a duty of safety or care”.

It is possible that not only the race organisers but individual cyclists will sue her for damages after she stepped into the road with he back to the advancing group of riders. German rider Tony Martin hit her sign first which lead to a huge number of cyclists crashing, like a domino effect. The woman could be seen retreating into the crowds as the crash unfolded. Pierre-Yves Thouault, the deputy director of the Tour de France, told AFP news agency that organisers intended to seek damages from the culprit.

He said “We are doing this so that the tiny minority of people who do this do not spoil the show for everyone.” Tony Martin thanked fans on Instagram after the crash for their support. He wrote “Please respect the riders and the Tour de France!” adding “Use your head or stay home.”