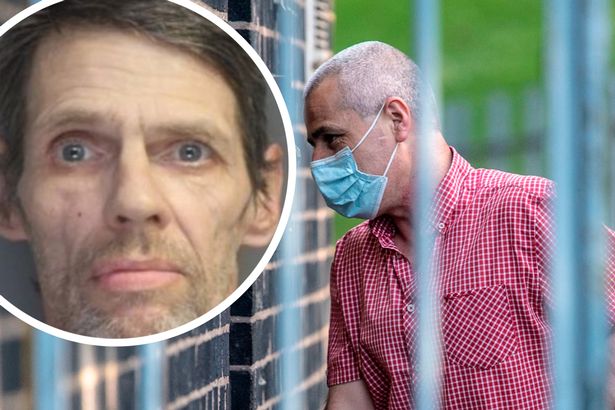 A former drug user has been found guilty of the brutal murder of his friend Terry Edwards at his home in Wrexham.

Barry John Bagnall, 42, of Trevenna Way, Caia Park, had denied murdering 60-year-old Mr Edwards in Pont Wen in Caia Park, Wrexham, between May 28-31, last year.
But after mammoth deliberations lasting 16 hours and 16 minutes over five days, Bagnall was found guilty of murder by the jury by a majority of ten to two.
He was also found guilty unanimously of committing an act intending to pervert the course of justice.
After the forewoman of the jury delivered the verdicts, Bagnall’s mother sobbed in the public gallery and shouted “Innocent! I hope you can sleep with yourselves!”
The judge His Honour Judge Rhys Rowlands told Bagnall in the dock that he will be sentenced next week, probably in Caernarfon Crown Court.
It was a trial that seemed to take forever for the jury to decide but residents despite the killer’s mothers claims feel it was the correct one.
Outside the court, a man who had followed the trial and knew the killer said: “Barry has always been a wrong un and got what he deserved, hopefully, he will be banged up for a very long time at sentencing next week.”