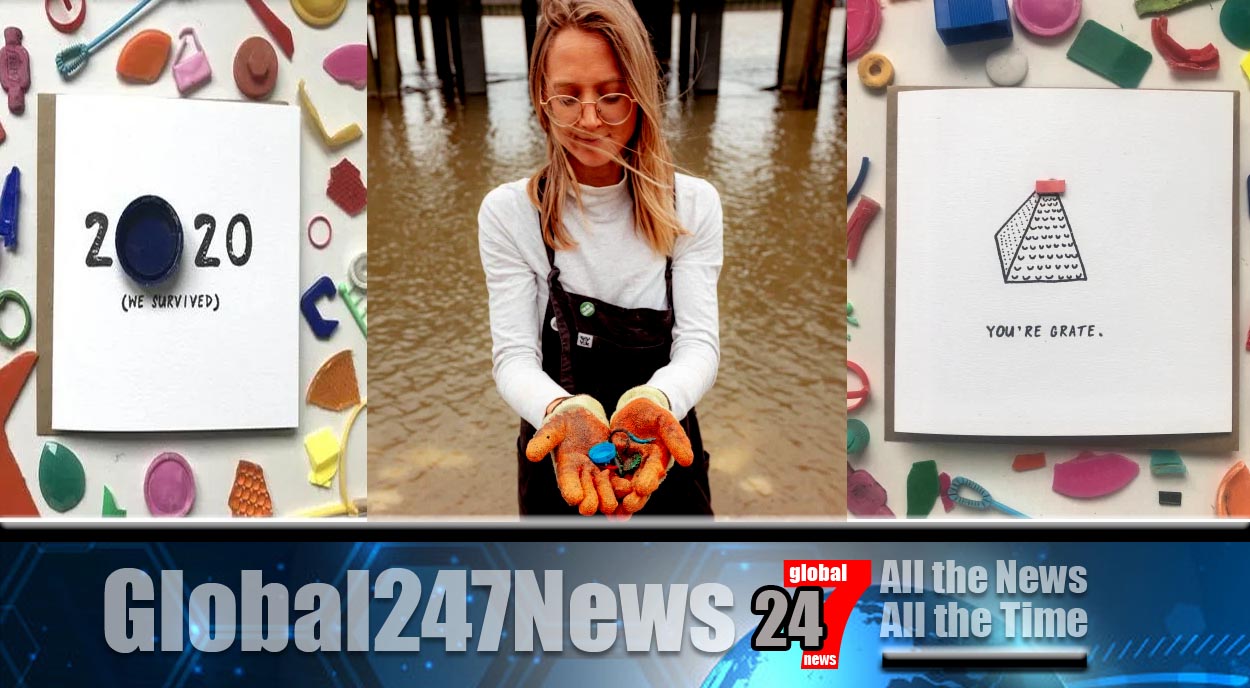 A London woman furloughed from work and stuck in London has found fortune.

Thames Trash Turned to Treasure. Flora Blathwayt, 34, collects rubbish from the banks of the River Thames. Originally she was part of a clean-up organisation however a year on she now makes thousands of greetings cards from other people’s discarded rubbish. After moving to Peckham, south-east London, she made cards and handed them out to neighbours asking if they needed help while shielding from the pandemic.

Flora said “They were all the first washed-up cards. Some of my neighbours were like ‘these are amazing, you should start selling these’.” She works making the cards alongside her normal part-time job employed by a company that makes packaging from seaweed. Her lucrative sideline started when she was furloughed at the start of the COVID pandemic and then later made redundant.

Flora, a geography graduate, has no formal art training but says she enjoys being outside and finds things while clearing the banks of the river. She went on to say “I can’t get out to the countryside because we’ve been stuck in London, so the Thames has become a sort of lovely sanctuary for me, and going out and doing something positive while you’re there, yeah, it makes you feel doubly good.” She added