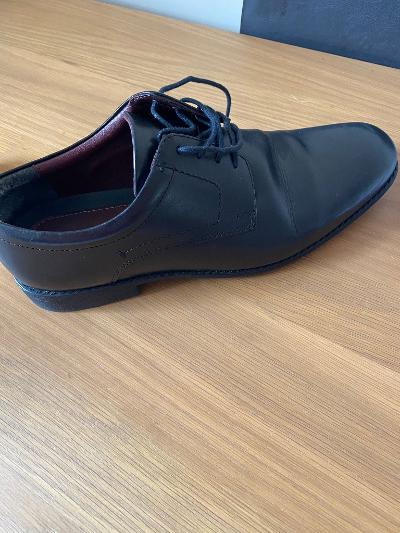 A Merthyr Matalan shopper is hopping mad with his local store after claiming he nearly lost his foot.

After purchasing a pair of shoes manufactured in India from his local Matalan store, Mr Brown is furious after claiming he could have lost his foot. 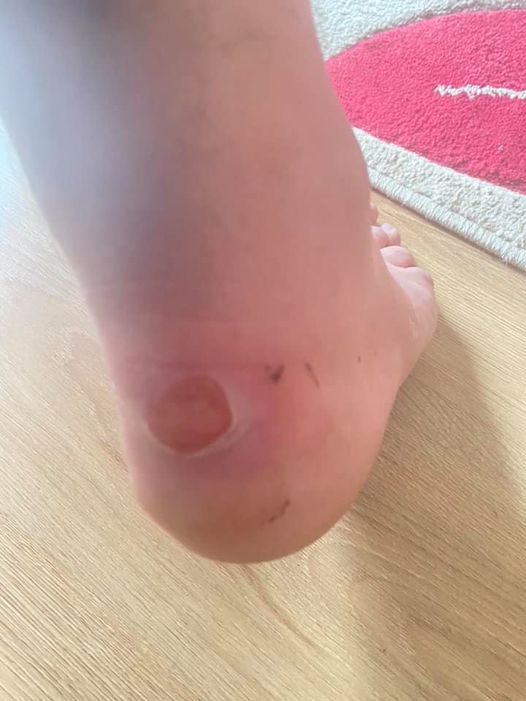 Brown from Merthyr required a new pair of shoes for business meetings; being in a rush, he dived into his local Matalan store.

Grabbing a smart-looking pair of designed shoes that looked perfect to match his suit, Brown had thought he had found himself a convenient bargain at £30.

Although that was not the case,  as the businessman arrived at his first meeting, his leg started to swell; as he got to the second meeting, he was in agony.

He winced his way through the meeting before heading to see his sports injury doctor, who is based in Cardiff.

“Basically, my doctor told me the swelling was that bad and cutting off my circulation so quickly that if I had kept on wearing them, I could have been looking at amputation.

” My foot was the size of an Indian elephant rear leg; it was that swollen.

“As a regular tennis player and somebody who looks after himself fitness-wise, I didn’t expect to have a leg looking so huge, but according to my doctor, the circulation to my leg had stopped, and it was turning black.

” I had to be driven back to Merthyr and spent 3 days in a wheelchair afterwards with my foot position in the correct manner to regain circulation.”

Mr Brown initially put it down to ‘one of those things’ before reading on social media about someone who had suffered the same issue.

Deciding to take the offending shoes back to the store, Brown was left fuming when the store point blank refused a refund.

“There is clearly a fault with these shoes in the design, in my opinion; it’s not just me it appears to have happened to; I took the shoes back and wanted to give the store the heads up – I wanted to be helpful, but the store supervisors did not want to know.

“They had no interest in listening to the issue; when I asked for a refund, they refused point-blank, saying the shoes had been worn.

“I replied yes, 4 hours, and nearly cost me my foot! But there was not the slightest concern for customer concern.”

After his what appears appalling treatment, Mr Brown returned home took the issue online with the company directly.

The company offered him a £5 discount on his next purchase that he could use online and said they were not in a position to offer refunds and that the currently one-footed Brown could obtain a refund if he returned to the store.

Brown declined the measly £5, and this was soon upgraded to 20% whilst the online operator said he had no access to the store’s systems to make a £30 refund.

Since Mr Brown says he has been in touch with shoe designers online who have commented it’s clearly a poorly designed shoe manufactured in India and warns the people of Merthyr Tydfil to shop carefully if they want to keep their feet.

He says: ” I showed the shoe to designers. They said the design caused the circulation issue mixed with cheap material qualities whilst manufactured in India. They also said the shoe would have cost them from India around £5.

“I’m warning everyone now to look after your feet and avoid Matalan; it could cost you your foot if you are not careful” he warned.