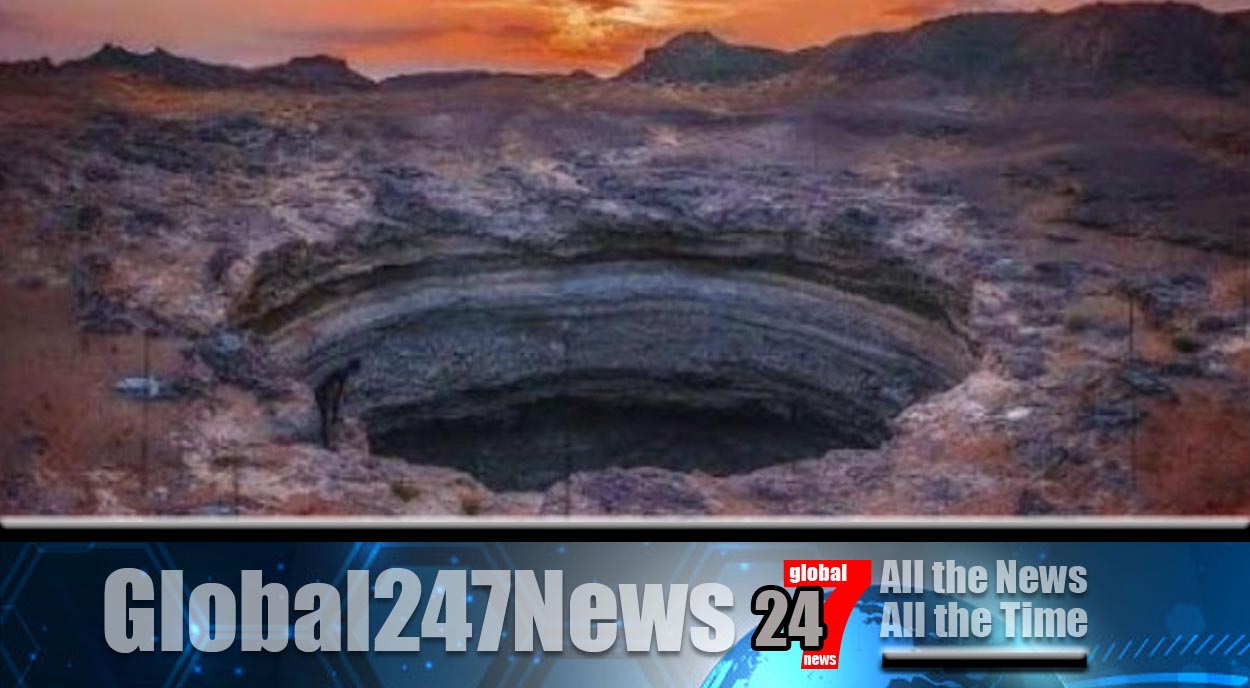 In the far outreaches of Yemen’s desert sits a hole that has mystified locals for an eternity.

Yemen’s Hell Hole Mystery- It is said to be “millions and millions” of years old. Locals believe the hole, called the Well of Barhout, will suck in anything that goes near it. Ancient Yemeni legend quotes “extinct tongues fizz on cold nights” there, possibly a reference to what is inside the hole.

Shrouded in mystery, the Well of Barhout is in the Yemen desert, near the border with Oman. It sits in the Al-Mahra province and is 100 feet wide and thought to reach 330 feet down. However fearful locals believe that it’s much deeper, possible 820 feet deep. Nobody knows it’s actual depth as no-one has been brave enough to submerge themselves in it’s darkness. Even a drone sent over the hole with a camera pointing downwards was unable to see anything due to the dark.

Yemeni tradition calls the “Well of Hell” “a prison of dark spirits sheltered by unbearable odors that come from its entrails.” Salah Babhair, director-general of Mahra’s geological survey and mineral resources authority, said “We have gone to visit the area and entered the well, reaching more than 50-60 meters (164-174 feet) down into it.

We noticed strange things inside. We also smelled something strange. It’s a mysterious situation.” He added “It’s very deep – we’ve never reached the bottom of this well, as there’s little oxygen and no ventilation.”

People who pass close to the well report a strange toxic odour. Ammar Hashem Mohammed Osman, who performed military service at a camp near the well, said “The smell was unbearable.

Bad smell like rotten eggs. I was nauseated by the severity of the smell.” Babhair said the well has been there “millions and millions” of years, and he hopes to continue to learn more about it, adding “These places require more study, research and investigation.”