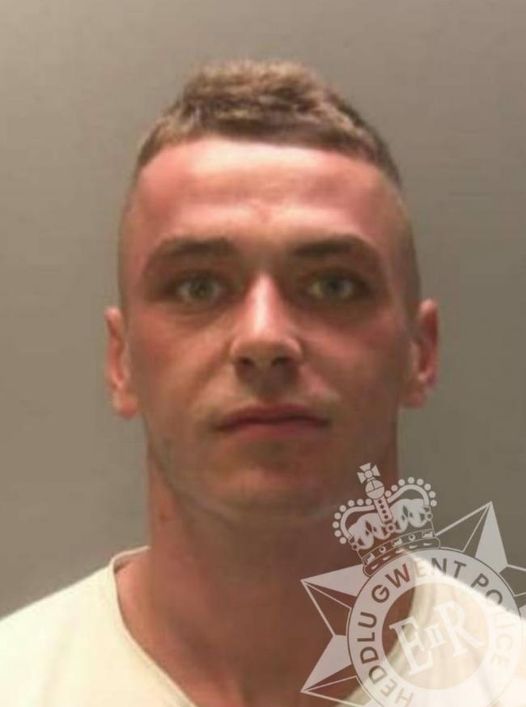 A DOG owner who ordered his Rhodesian Ridgebacks to attack their victim again when they had just bitten him has been jailed.

Sam Gordon set the animals on Cordell Roberts after they had already sunk their teeth into him in front of horrified witnesses on Newport’s Commercial Road.
Prosecutor Thomas Stanway played dramatic CCTV footage capturing the shocking incident as he opened his case.
Cardiff Crown Court was shown Sam Gordon then whipping Mr Roberts with a dog lead after he’d jumped on top of a car to escape the beasts.
Sam Gordon had 11 previous convictions for 15 offences, including producing cannabis and was jailed for 28 months and banned from keeping dogs for six years.
After sentencing, Gordon is reported to have smirked upon hearing the length of the jail term.
A close friend of the victim told Global247news how his friend has been left scarred and petrified of dogs and felt the length of the sentence was a joke, he said:
“The sentence is a joke; Cordell has been left petrified of dogs, so much so he has no trust in any dog.
“It was a brutal attack, and he really thought the dogs were going to tear him to death, how Gordon only got 28 months for what he did beggars belief.”
Advertisement