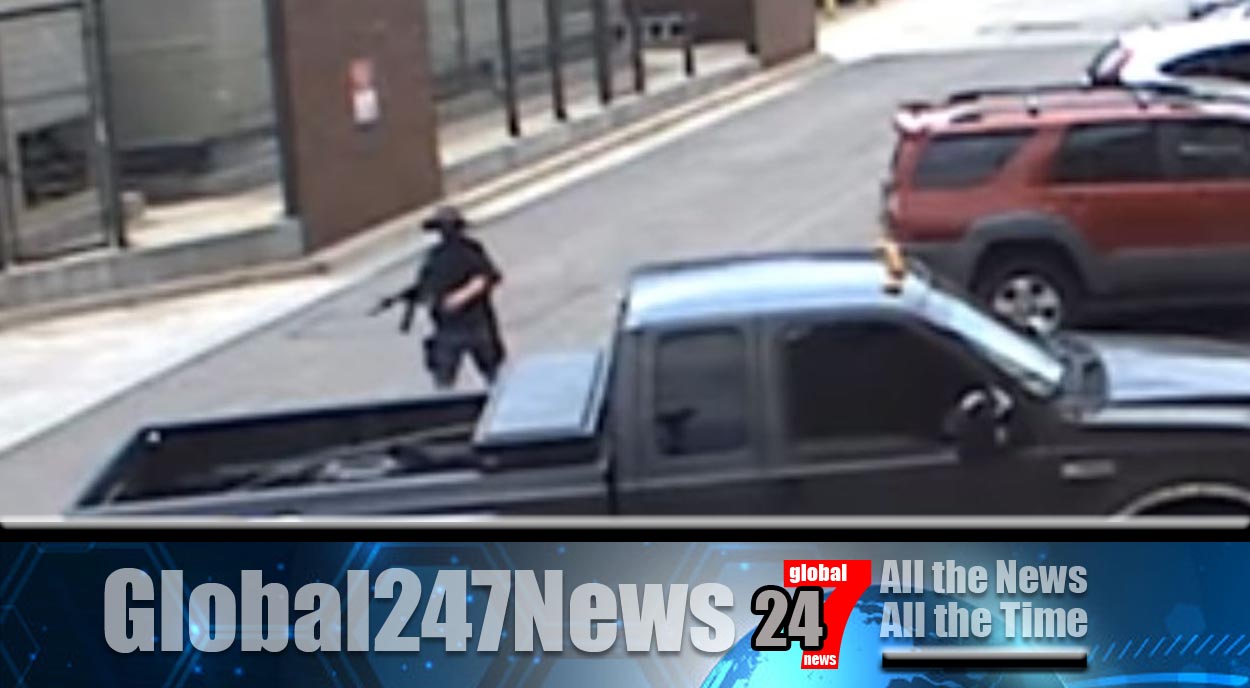 A hero who gunned down a cop killer has been shot dead.

Trigger happy Denver Cops kill Hero. The incident happened as another officer arrived at the scene and accidentally mistook him as the police killer. Johnny Hurley, 40, shot killer Ronald Troyke after Troyke had gunned down police officer Gordon Beesley with a shotgun.

In video footage Troyke can be seen driving his pick-up truck to an area in Arvada, seven miles from Denver. He gets out of the truck and shoots Beesley dead before turning his shotgun on police cars. When returning to his vehicle to get a rifle he is confronted by Hurley who shoots him with a handgun. A further officer arrived and, seeing Hurley holding Troyke’s rifle, opens fire and kills him.

A retail worker in the store that Hurley had been shopping in when he heard shots, Bill Troyanos, said “He did not hesitate – he didn’t stand there and think about it. He totally heard the gunfire, went to the door, saw the shooter and immediately ran in that direction.”

Head of police, Link Strate, said Mr Hurley was a “hero” who had saved lives. However he offered no apology for Hurley’s death, saying it was as tragic as the death of officer Beesley. Mr State said “The threat to our officers and our community was stopped by a hero named Johnny Hurley. Johnny’s actions can only be described as decisive, courageous and effective in stopping further loss of life.”

A letter Troyke had written before the incident about the police read “We the people were never your enemy, but we are now. This is what you get – you are the people who are expendable.”