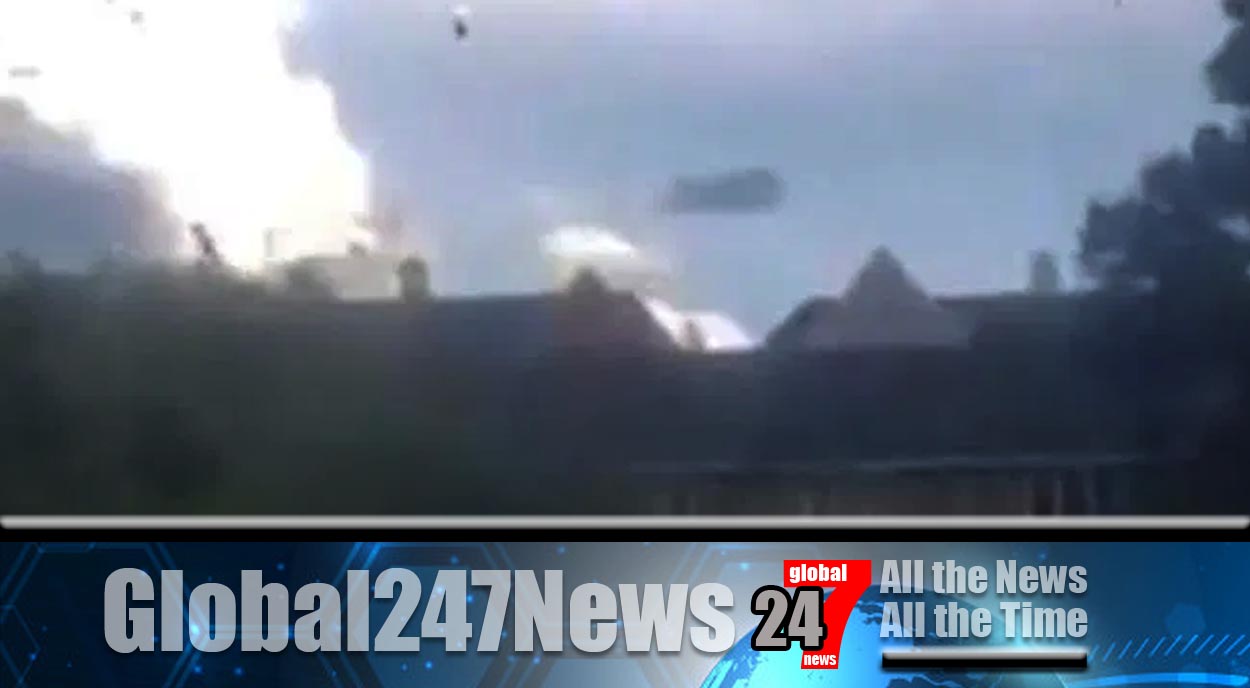 Cars and houses in east London have been damaged by a tornado.

Tornado in East London causes extensive damage. Police were called to reports of the freak weather event in Barking at 7.30pm yesterday evening as the tornado damaged vehicles and knocked over walls. A journalist who was affected by the phenomenon said she heard a strong wind at 7.15pm and stated it picked up fence posts and rubbish, swirling it around “just like a tornado”. Kiran Bhangal, 29, said “It was really shocking.

I looked out of our daughter’s window our garden fence flew off and a tree came down. Rubbish and plastic bags were going round and round like a tornado. That was scary as those can pick up heavy objects. I was in shock, I thought the house would cave in.” She said that the gale force wind lasted for a “few minutes” and that “six or seven streets” suffered from a lot of damage.

Eye witnesses said they saw house roofs smashed and rows of dented cars. They said some houses even had shattered windows from the tornado. Emergency services were called to the scene however no injuries were reported.

Barking and Dagenham Police issued a statement saying “Police were called at around 7.20pm to reports of damage caused to roofs, electrical equipment, street furniture and vehicles in Hulse Avenue and some surrounding roads in the Barking area. This is a weather-related incident, during which there was a lightning strike.

In addition to the lightning strike, we have seen reports of a tornado but cannot confirm this. There are no reports of any casualties. Officers are liaising with the local authority to ensure support is available to anyone affected by damage to property.”A spokesman at the Met Office, Grahame Madge, said “This evening emergency services in the capital responded to a ‘weather-related’ incident at around 7.20pm.

This is believed to have been a tornado, but that cannot be confirmed at this time. Tornadoes are rare in the UK, but occur around 35 times each year, most typically during thunderstorms. This evening slow-moving thunderstorms have been producing very heavy rain, lightning and hail across northeast Greater London, south Essex and the far north Kent.”