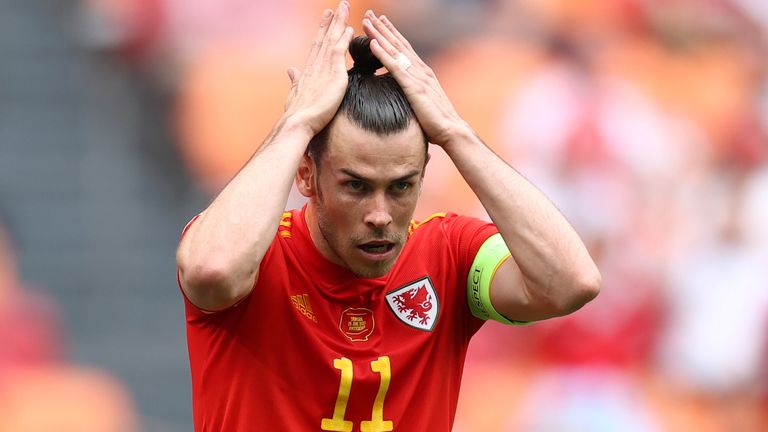 UK bookmakers have slashed the odds on Gareth Bale moving to his hometown club of Cardiff City; odds that started at 33/1 fell to 16/1 but now sit currently at just 3/1.

The odds dropped quickly as Wales departed from the European Championships and the focus turned to the Welsh captains future.

Bale, who stated to the media that his next move would ‘shock the world’ before the Championships, had wanted his full focus on the job ahead.

Now with Wales heading home after losing 0-4 to Denmark after travelling over 5,000 miles on a tour of Europe, Bale is focused on getting to fulfil dreams and desires.

BBC TV interviewers got the brunt of normally docile Bale yesterday when they questioned if it was the players last game with Wales, as the Welsh captain snubbed the question and walked off from the aftermath interview.

Pals of the player, though, now confirm that Bale has stated he desires to continue as well as hopefully settle his contract with Real Madrid and look to the future with his hometown club Cardiff City.

“Of course he wants to continue with Wales, for a start, he’s on 96 caps, nobody retires on that number – The BBC interview I thought was bad taste, and they clearly had not thought through the question.

“Anyway, Gareth rang a few close pals last night and said he desires to continue; he also said the same to teammates and backroom staff back at the team hotel,” said the pal.

The close friend then continued, regarding the speculation of the move to playing for Cardiff City, he said:

“Whilst the news has started leaking out of Gareth’s intentions. Obviously, it’s shocked a few, but it’s not that unthinkable if you sit down and think it through.

“Gareth and Emma, they desire to live full time in the Vale Of Glamorgan, that’s no big secret.

“Gareth wishes to continue playing football for another couple of seasons, whilst his other desire is to lead Wales and nurture the younger players through to the World Cup. Let’s remember Wales haven’t been to the world cup since 1958.

“Put it this way; he can do all that on his doorstep on the outskirts of his hometown Cardiff.

“I see fans are saying it won’t happen because of money; Gareth, I can tell you he puts his desires first, and I doubt he’s touched a ‘pay packet’ in years”, he laughed.

The heavy speculation in football circles in Wales is that a move to Cardiff City will also see him take a position within the FAW set up to nurture the countries young players to the world cup, whilst some supporters are saying how they would like to see him the next Wales Manager.

“I think he’s the next obvious Manager; you could see he was basically leading the squad with Robert Page anyway,” said Cardiff City fan Daniel Hughes in Bridgend.

It was something played down, though, by Bale’s pal, ” I don’t see that straight away, if at all, yes, he wants to play a big part taking Wales to the world cup but I would be very surprised as manager, from what I understand it’s a combined package of committing to Cardiff City and being closeby to the FAW to assist where he can.” he finished.

Time of press: Odds dropped to 2/1 for Cardiff signing Bale.