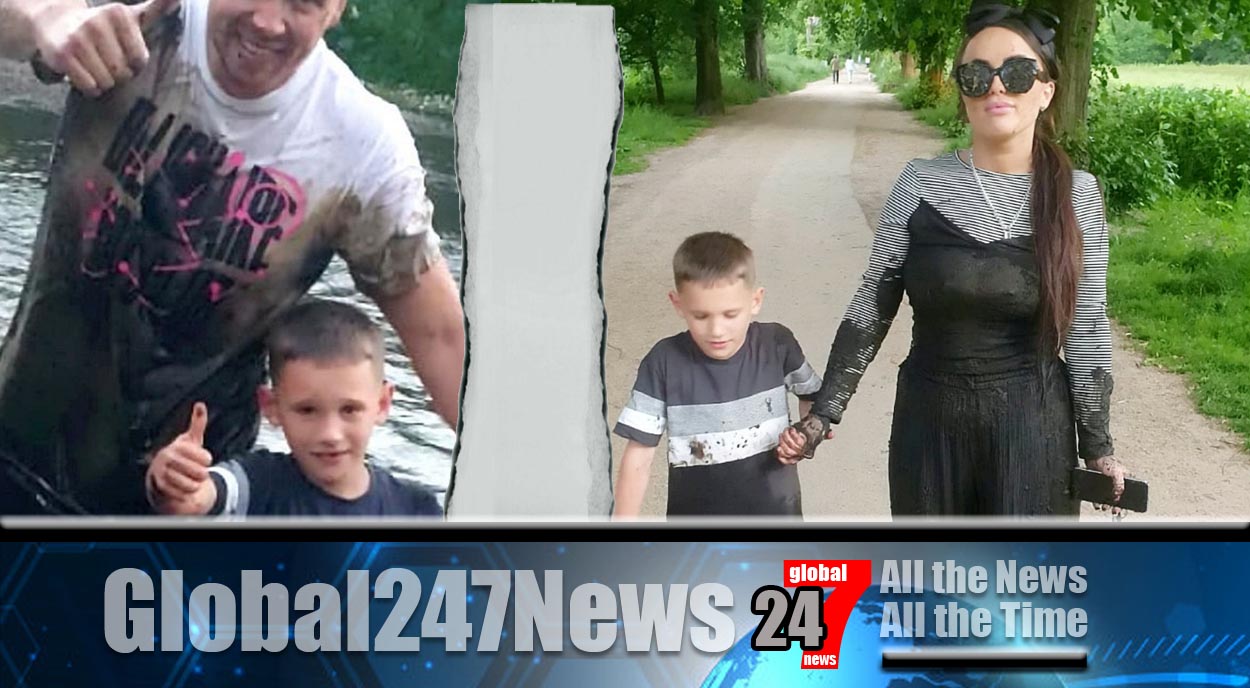 A traumatised family managed to escape the sinking mud which came up to their necks.

Young boy rescued from drowning in mud at Cheshire public park. The incident happened at a public park in Cheshire. Megan Nolan and her partner Chris Knight jumped into the mud to rescue Megan’s 7-year-old son Jake. Jake had been climbing a tree in Carrs Park in Wilmslow, Cheshire but fell into mud below and rapidly started to sink. When Megan and Chris jumped in to save him the mud was up to their necks before they managed to pull him out.

Megan said “It just looked like normal hard mud. I still cannot believe it now.  It was like a scene out of a movie. I didn’t even know such mud existed. All I can remember is seeing Jake’s face bright red and him screaming and my other little boy Lewis stood on the side shouting ‘mummy’ and ‘Jake it’s ok ‘. They are both traumatised, as are me and Chris.  We woke up the next day speechless and just couldn’t get over the whole situation. I don’t want anybody to go through that with a family member or a pet as I would never forgive myself.”

Jake was still playing while Megan, Chris and Lewis walked back to their car. It was then she heard him shouting. She continued “I feel guilt that I let him run on but what seven-year-old boy doesn’t like to wander and explore.

We were just strolling back to where he was before, but 15 seconds later the screams got louder and you heard the panic in his voice. We ran to him to find him up to his chest in sinking mud screaming.” Megan said she was terrified by the sound of Jake’s voice and rushed back to where he had been playing.

She added “We instantly dropped in the mud when we reached it running to Jake. With every bit of power in my body I managed to get my foot on to what felt like a hard bit of mud and I put my fingers into the ground above me and pulled myself up. Chris was screaming that he was stuck and for me to get to Jake because he can’t move. All I could think about was getting to my son – I didn’t care about me, I didn’t even try to help Chris, I just wanted to get to Jake and get my baby. I managed to pull myself up and run round to where Jake was and drag him out.

Lewis had a panic attack and we had to stop the car on the way back and get him out the car as he was uncontrollable. He said he couldn’t do anything and he thought he was going to lose all of his family.” Megan said that after contacting the National Trust, who run the park, they said her case has been passed to rangers for investigation.