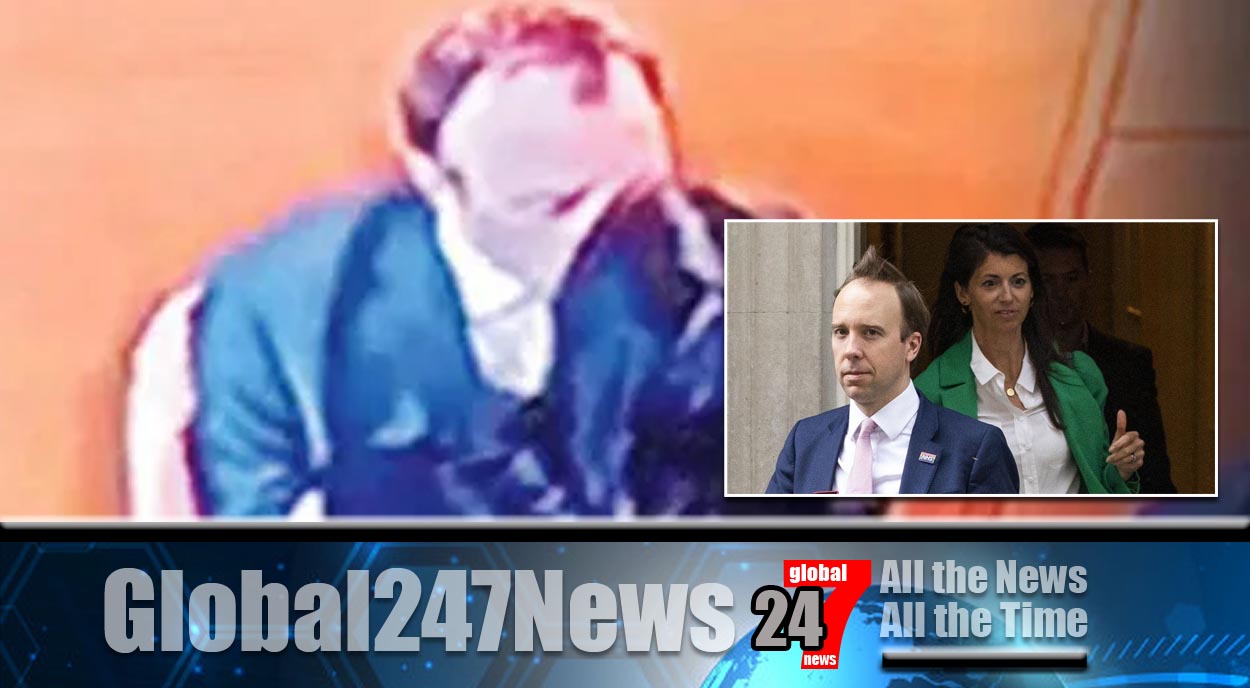 The Health Secretary has refused to comment on reports of an affair.

Matt Hancock playing the field?. Photographs reveal him in a “steamy clinch” with married Gina Coladangelo who he hired last year as an aide to the Department of Health. CCTV footage taken from the Department of Health’s headquarters in London 42-year-old Hancock appears to kiss Ms Coladangelo, 43. He has been accused of cheating on his wife with Ms Coladangelo who is a taxpayer-funded adviser to his department and close friend.

Both of them are married with three children and Ms Coladangelo is a communications director at Oliver Bonas, the fashion, jewellery and homeware store founded by her husband, Oliver Tress. Asked during an interview on Friday morning Transport Secretary Grant Shapps refused to comment on what he said was an “entirely personal” matter following the publication of the pictures.

When questioned regarding the matter of employing close friends to positions in the Government Shapps said “First of all, I think the actual issue is entirely personal for Matt Hancock. In terms of rules, anyone who has been appointed has to go through an incredibly rigorous process in Government, so whatever the rules are, the rules will have to be followed.

There are no shortcuts to that, as anyone who has had anything to do with the appointments system in the Civil Service knows. There are very strict rules in place.”