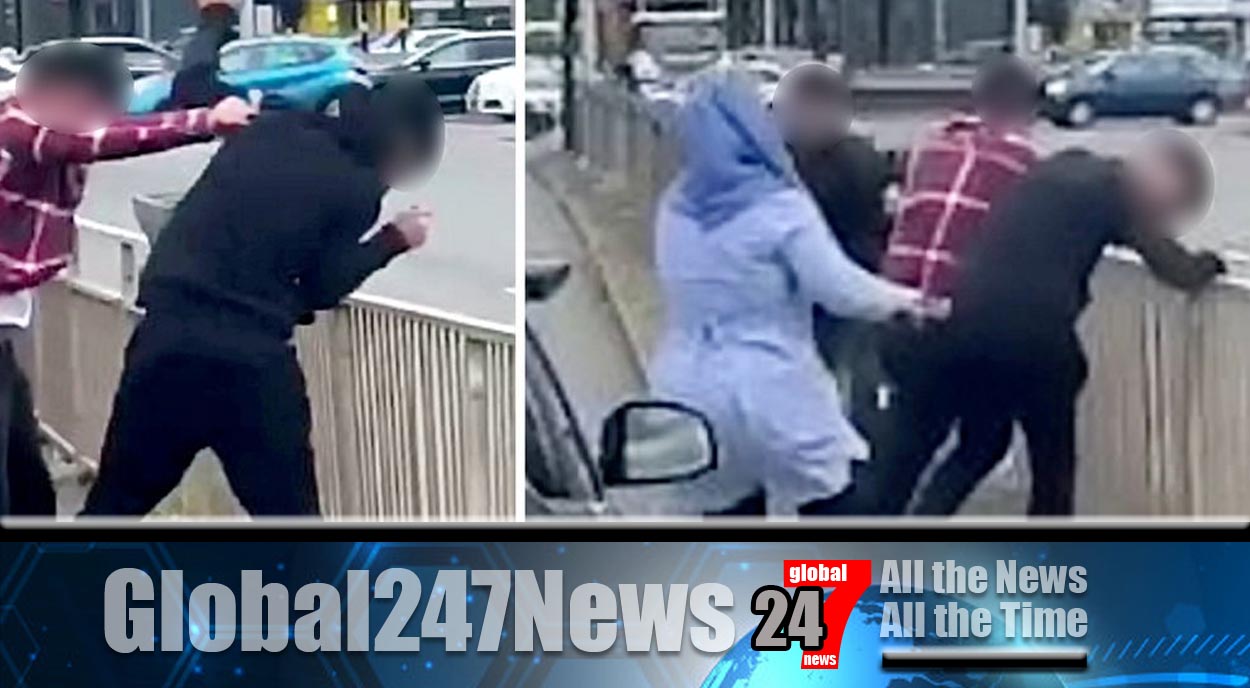 Camera footage shows a motorist being subjected to a brutal attack from two thugs.

Birmingham road rage attack stopped by middle-aged woman. It then shows a middle-aged woman breaking up the road rage fight. The scenes of violence broke out at a set of traffic lights on Coventry Road, in Sheldon, Birmingham on Tuesday afternoon. Two men are seen getting out of their car and opening the driver’s door of a car that is stationary at the lights.

They start a brutal attack on the driver before he steps out of his vehicle and the group brawl in the middle of the road. A woman can be heard shouting “leave it, leave it” as she puts herself between the brawling yobs before the two-on-one attack comes to an abrupt end. People who have viewed the video on social media were quick to praise the actions of the woman. One viewer said “Big up the women.

They saved the man then from embarrassing themselves even further.” Another said “Makes a change to see people not using weapons, but that is the lamest fight I’ve ever seen.” While a third wrote “The driver stood his own despite it being two on one.

Shocking scenes to see in broad daylight. At least people had the decency to step in.”