Sheffield neighbour hacks tree in half over dispute

Jun 24, 2021 Sheffield neighbour hacks tree in half over dispute 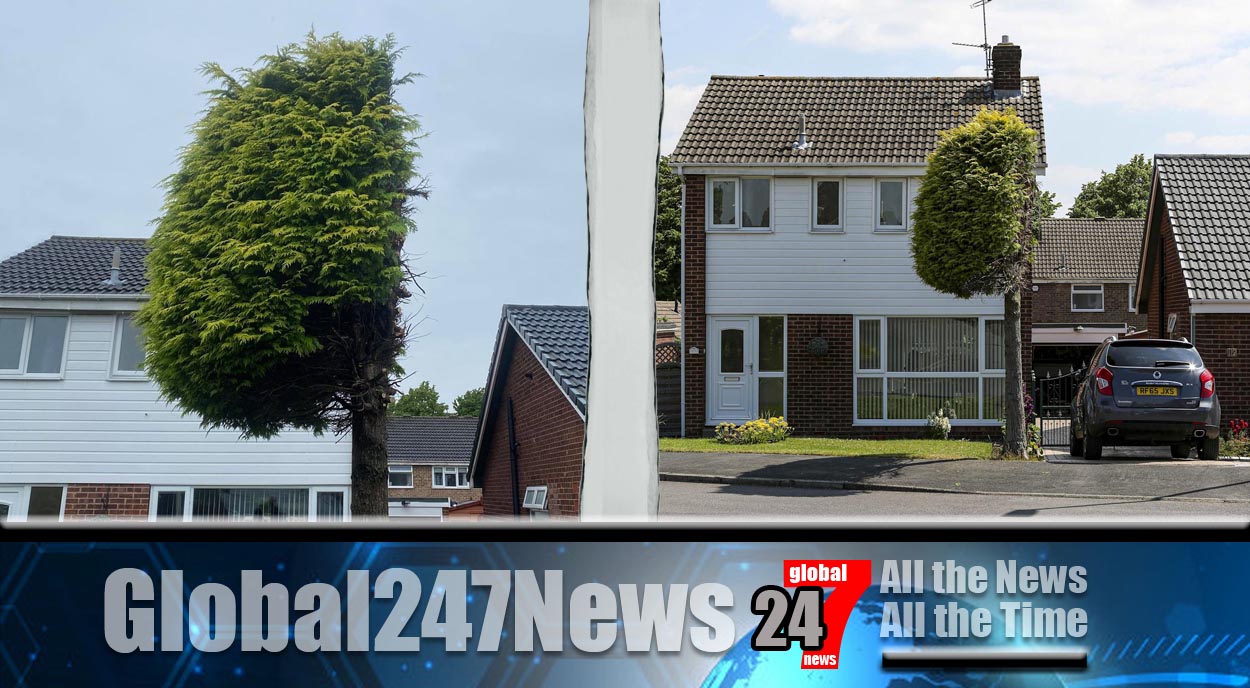 During a “petty” dispute by two neighbours one has cut a tree in half.

Sheffield neighbour hacks tree in half over dispute. The 16ft tall fir tree has become something of a tourist attraction in the area. Bharat Mistry, 56, was “upset” when his neighbour got tree surgeons to cut half the branches off the tree, which has stood there for the last 25 years. Mr Mistry and his neighbours, Graham and Irene Lee, both in their 70s, had been in a bitter dispute over the tree for a year in Waterthorpe, a suburb of Sheffield.

Mistry claimed that Mr and Mrs Lee always complained about the noise made by birds in the tree and bird mess on their driveway. Mr Mistry said “It has been there for 25 years and we’d trimmed into a ball shape with agreement with the neighbour and he has been fine about it. But recently there have been birds in the tree which you would expect at this time of the year.

He started off by putting black bin liners in the tree to stop the birds sitting there. Last weekend he said he was going to get a tree surgeon to cut it down and we asked him not to but they came on Friday and did it.”

One Twitter user said “Pathetic childish behaviour! ..we should be saving trees not destroying them ..fool !” Another added “It seems a bit petty, but they are entitled to do it, they have done nothing wrong.

I would be more concerned about the roots under my driveway to be honest.” Mr Mistry and his family watched on in horror as tree surgeons mutilated the tree, saying “We were absolutely distraught.

We pleaded and pleaded with them not to do it, but their mind was made up. That tree was coming down. I believe he has the right to cut down anything that is overhanging on to his property.

But you have to ask, why after 25 years would you do that?” Discussing the aftermath of the tree butchery he added “We’ve had a lot of people walking past to look at it, people you can just tell have come out of their way to walk their dog on a different route to have a look.

People have stopped to take pictures, there has been a lot posted on social media. You think we’d probably do the same if it was another house, but it does feel a bit like an invasion of privacy.”