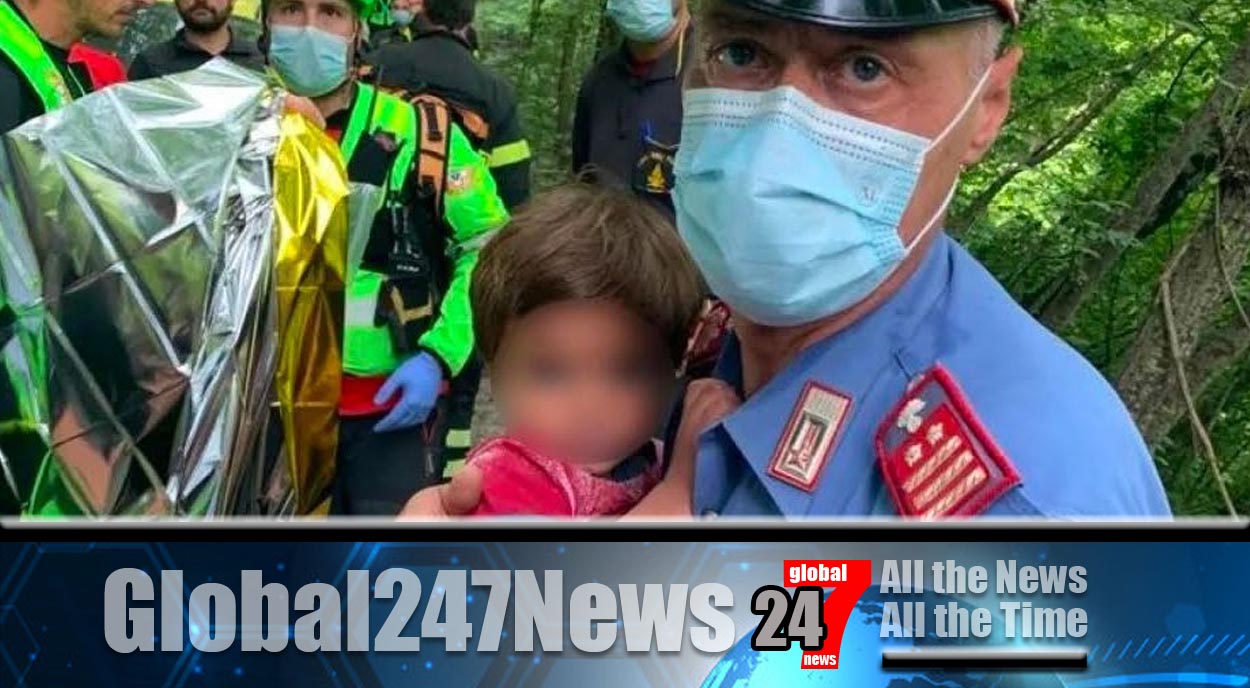 A small toddler has been found alive after spending two nights alone in woods.

ITALY: Missing toddler found by journalist covering the story. The 21-month-old was discovered at the bottom of a ravine near Tuscany where he lived. A TV journalist sent to cover the story heard Nicola Tanturli crying “mamma”. He had no injuries other than a bump to his head and scratches.

He had wandered from his isolated home in the Apennine mountains on Monday evening starting a mass search and television coverage by Italian news stations. When little Nicola was discovered a mile from his home the town of Palazzuolo sul Senio, near Florence, rang out church bells in celebration.

Journalist Giuseppe Di Tommaso said “As i was walking towards the family home on a dirt road I started hearing whimpering. I started to yell, ‘Nicola’, to understand if it could be the child. Then  I heard ‘mamma’. Afterwards I started to repeat the word ‘mamma’, because children of that age repeat words.

When I intuited that it could be Nicola, I went down into the ravine.” It was then he spotted the child a short distance away on the other side of the ravine. He flagged down a passing car carrying paramilitary officers who at first thought it was the cry of wild animals.

Carabinieri commander Danilo Ciccarelli climbed down into the ravine and saw the boy.  “Nicola popped out, with his little head among the high grass. He said, ‘mamma’, and I went towards him. Then he hugged me right away.

It was a tremendous joy to bring him back to his mother’s arms.” Mayor Gian Piero Philip Moschetti told a news conference “He is a very active child, very lively. He could walk for a kilometre an hour. We have no idea how much distance he could have covered. He was used to going out of the house and living outdoors.”