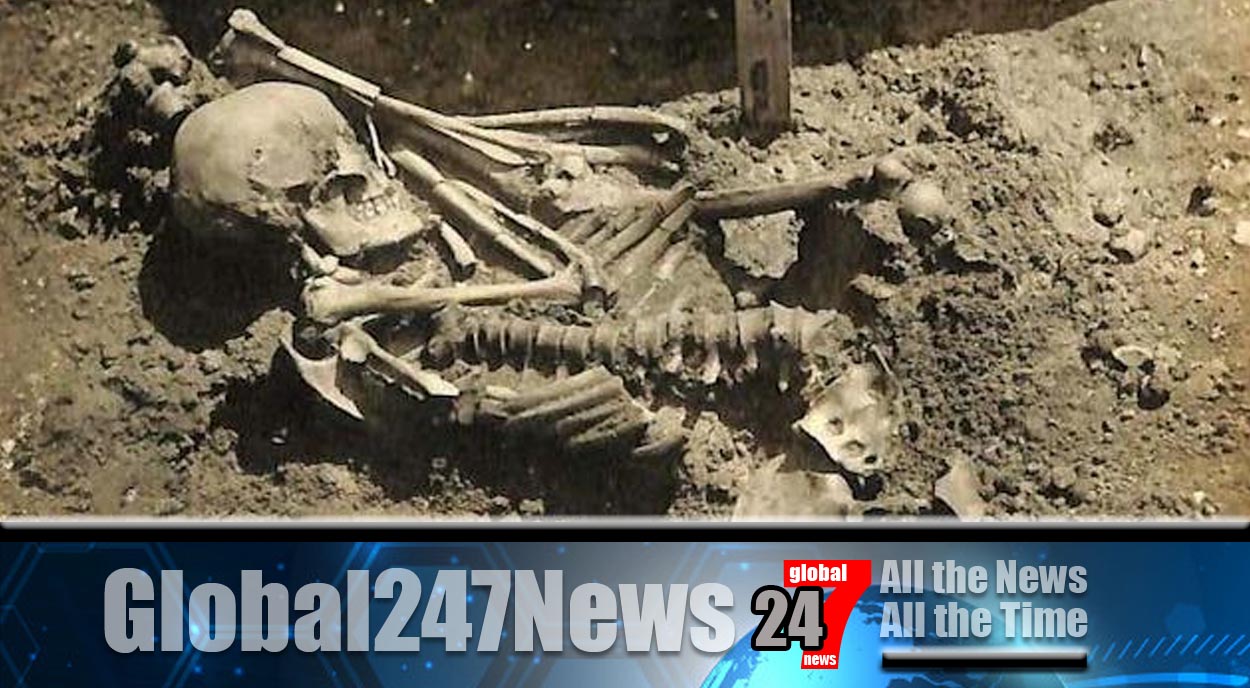 The remains of a man attacked by a shark more than 3000 years ago have been found by scientists.

Human remains of 3000-year-old shark attack victim discovered. According to research published in the Journal of Archaeological Science: Reports the adult male skeleton had nearly 800 deep laceration injuries after being attacked by a shark in the Seto Inland Sea of the Japanese archipelago. The skeletal remains show that the man’s hand was sheared off and scientists believe he was still alive during the attack, which has been dated to between 1370 and 1010 BC.

They stated that by using forensic techniques they have discovered it is the earliest example of a shark attack on a human. The scientific researchers, from Oxford, said in a statement “We were initially flummoxed by what could have caused at least 800 deep, serrated injuries to this man.

There were so many injuries and yet he was buried in the community burial ground, the Tsukumo Shell-mound cemetery site.

The injuries were mainly confined to the arms, legs, and front of the chest and abdomen. Through a process of elimination, we ruled out human conflict and more commonly-reported animal predators or scavengers.” They even managed to reconstruct the attack and added that due to the placement of his injuries it was most probable he was alive while being attacked.

The researchers added “Given the injuries, he was clearly the victim of a shark attack. The man may well have been fishing with companions at the time, since he was recovered quickly. And, based on the character and distribution of the tooth marks, the most likely species responsible was either a tiger or white shark.”