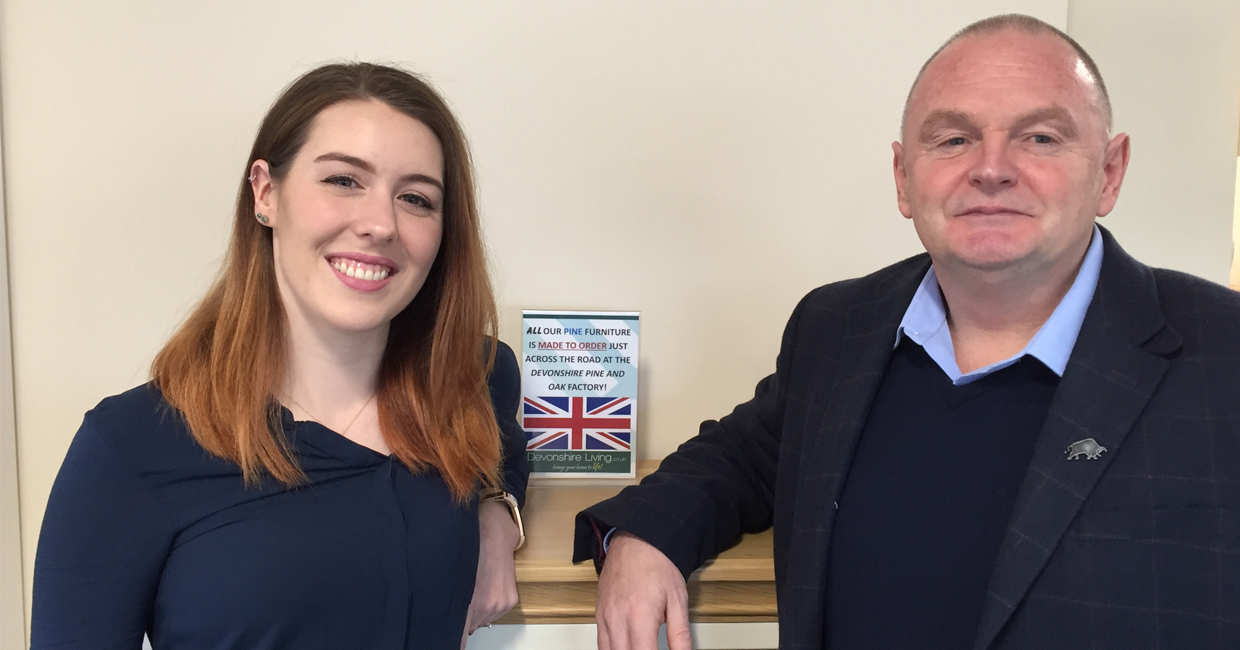 Former employees of pine furniture manufacturer Devonshire Pine are blaming the former Transport Manager for being made redundant.

Devonshire Pine, who were once the largest employers in North Devon, as we revealed last week, is losing millions of pounds according to their latest published accounts and now out of work. Ex-employees reveal what took place to see the company’s demise that once turned over 20 million pounds per year.

Andrew Waddell, the current Managing Director, they feel is to blame for the crash of fortunes, for a company that once made 4 to 5 million pre-tax profits.

Now, as the latest set of accounts reveal, the turnover has crashed to just 7 million with losses over a million pounds.

Now an employee has come forward to reveal what went wrong internally at the once market leader; he revealed

“The senior team brought in a financial accountant to look at the book in 2017/2018 and he observed that the company being lead by Andy and Nicole was far from running OK.

“He was subsequently asked to leave. “Suggestions were to complete a full review of all processes and cost everything.

“Nicole has limited commercial experience, except growing up under her father’s direction.

“Andy Waddell is the ex Transport manager who has sucked up to Peter throughout his career and has no formal education in business.

“If Peter bought a new Landrover discovery, then Andy would purchase one, but not as good.

“They also brought on an operations manager that discovered that there has never been an MRP system to correctly calculate stock figures if items.

“There have never been any formal costings of items and it was all done “finger in Air” when calculating the cost of an item.

“There were two team leaders that didn’t speak to each other, and one just kept cutting raw materials into work in process stock without any consideration of what was required to actually manufacture items.

“The MD Waddell and Nicole did not have a clue what was going on down on the shop floor, the MD would say each day, ‘that’s what they need to manufacture in stock levels just meet a set of stock to sell.’

“As long as that was kept up to date nothing was done.

“The cutting team leader would just say carry on cutting and no direction was given. As long as the boys looked busy, that’s all he was happy with.

“This would invariably mean that final production and spraying of items was delayed daily.

“The Operations Manager and financial accountant also discovered that the Work In Progress stock was incorrectly valued, therefore the company have been fixing the books for years.

“The stock coming in Vietnam was the only thing keeping the company going.  But Peter Hockin had purchased a stock of items that no longer sold and not being marketed correctly.

“Waddell and Nicole after taking on management decided to attempt to go Online, but this was crushed by a number of his customer who would have lost income due to this.

“It was another bad decision!

“It must be also noted that Nicole had at the time was studying during work time to get her BA degree and wasn’t concentrating on the business.

“Basically, besides your earlier article, Waddell and Nicole have driven the company into the ground, whilst Peter Hockin was away on his 4-6 month cruises

“This has also cost the jobs of many hardworking local people

“Sadly the only person gaining out of this is Peter Hockin

“All the local people have lost out. Jobs gone forever!”

Another former worker at the factory, who didn’t wish to be named, confirmed the claims, he said:

” That’s exactly what took place, and the bottom line is we all lost our jobs because Waddell didn’t have a clue what he was doing and still doesn’t, from what I hear from the lads still up there.

” The fatal blow that caused the turnover to crash and put us all out of work was putting him in charge in the first place, and only Peter Hockin can answer the community as to why he did so!” he finished.

Clearly, the ex-employees are not pleased to lose their jobs at a factory where they worked for many years.

Have you been affected since the demise? – feel free to get in touch.