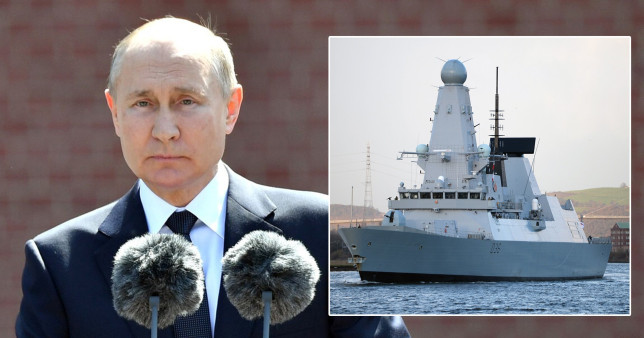 A Russian warship has fired warning shots at a British destroyer from its waters near Crimea.

The warnings were made after the HMS Defender entered around two miles into Russian waters, the British Royal Navy ship left soon afterwards.

‘The destroyer had been warned that weapons would be used if it trespasses the border of the Russian Federation.

It did not react to the warning,’ the Russian defence ministry said in a statement.