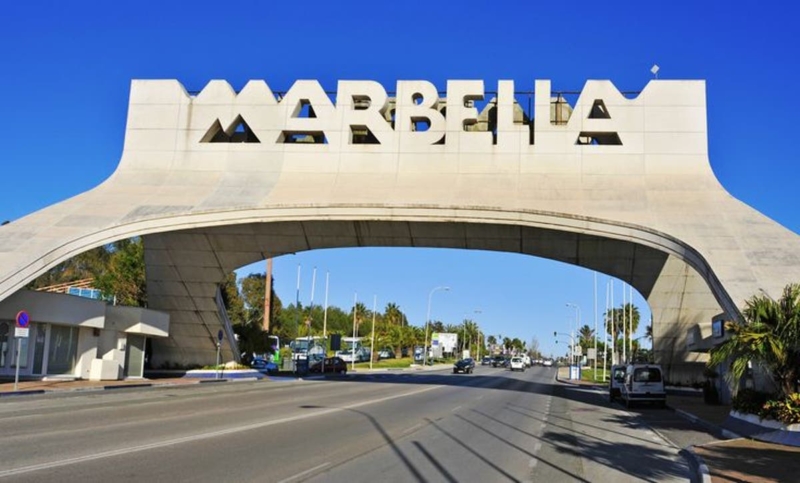 A British gangster has shot and fired at Spanish police in Spain’s Marbella.

A 22-year-old British gangster from Liverpool pulled his gun on Spanish Police after being chased.

The shoot out happened in Marbella after cops chased the gangster on his motorbike.

The Spanish police force officers attempted to pull over the gangster, suspected to be a gang member of a large British drugs gang, but as they lit up their blue lights and wailed their siren, the gangster attempted to outrun them on his high powered machine.

The gangster failed to shake off the cops and turned to plan B and attempted to shoot dead both officers.

He spun around his high powered bike, slung it to the ground and cowered behind the bike to pull out a semi-automatic revolver.

Although it was the cops lucky day as the gangster, after taking his first shot that deflected off the grill of the police car, went to fire again, and the gun jammed.

Realising what had happened, the two armed officers stormed over the top of the bike to pull out the failed gunman, dragging him out by his legs and arms before cuffing him.

Only after the arrest was made, officers realised the man was also carrying a 12-inch knife and a screwdriver as well as the semi-automatic.

The gangster is now held in detention and facing charges of attempted murder.

A rival gang member, who didn’t wish to be named, has told locals how the cops had a lucky escape.

He’s reported to have said: “The lad in question is a scouser, he runs with another gang, he’s known for being a marksman of some ability – the cops were lucky as if his gun hadn’t jammed, he would have taken them both out and escaped.”