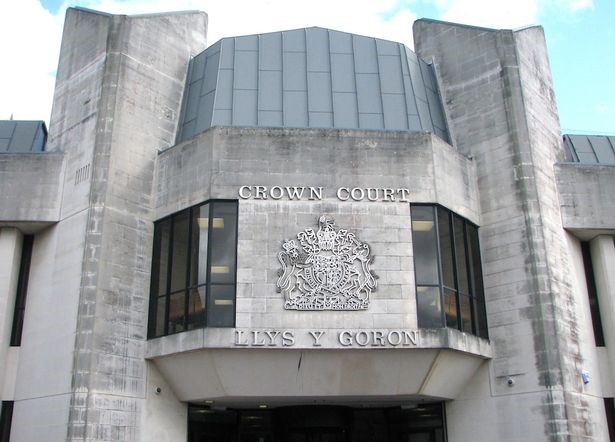 A dodgy shopkeeper span a web of lies over an illegal car number plate which led to an innocent man being prosecuted and to him being sent to jail.

When police spotted the plate did not conform to the required standards they sent the keeper of the vehicle a notice through the post asking who the driver had been.
Instead of simply providing the details Parmjit Sidhu embarked on what a judge described as a “prolonged pattern of lies and deception” which ultimately led to his imprisonment.
The judge told the convenience store owner that what he had done struck at the heart of the criminal justice system.
Swansea Crown Court heard that in November 2018 a police officer on patrol in Burry Port in Carmarthenshire saw an illegal number plate on a car and subsequently a letter was sent to the registered keeper asking for details of the driver.
The keeper of the vehicle, 44-year-old Kidwelly shopkeeper Sidhu, sent the authorities the details of a man called Steven Wilson who lived near York.
Mr Wilson was subsequently convicted in his absence for the number plate offence and six penalty points were put on his licence. The court heard the innocent driver knew nothing of his conviction until the following year when he tried to hire a car and the endorsement came to light.
Mr Wilson contacted the police and an investigation was launched.
As part of that probe, police spoke to the defendant and tried to speak to a number of people whose names he provided and they also made inquiries with Interpol about Sidhu’s Spanish partner. During this process, the defendant provided officers with photographs of documents that he said supported his original version of events. The court heard one of the documents was a driving licence the number of which the DVLA confirmed did not exist.
Sidhu, of Water Street, Kidwelly, Carmarthenshire, admitted perverting the course of justice.
He has 13 previous convictions for 26 offences including benefit fraud and motoring matters.
Judge Paul Thomas QC said offending such as Sidhu was guilty of struck at the heart of the criminal justice system and said a sentence of immediate custody was to be expected in all but the most exceptional of circumstances.
He said the defendant had engaged in a “pattern of lies and deception to simply avoid the consequences of a relatively minor matter” including giving false details of a wholly innocent driver to the police. The judge noted it was not known how Sidhu had acquired the details of the driver from York who he had falsely named.
Giving the defendant a 25% discount for his guilty plea the judge sentenced him to three months in prison. Sidhu will serve up to half that period in custody before being released on a licence to serve the remainder in the community.
Advertisement