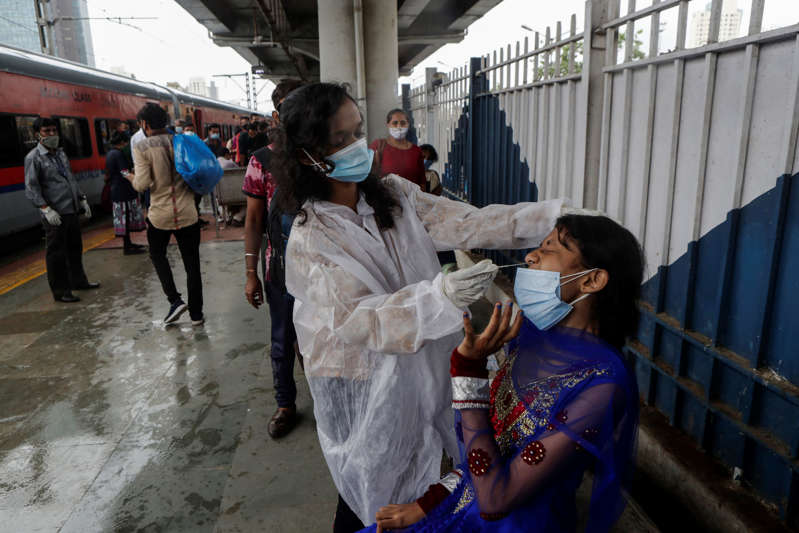 Experts in Spain claim that the country is set to be struck hard by the Indian variant of Covid.

So far in Spain, the Indian strain of Covid has not been considered an issue, although now experts are predicting it’s going to be hit hard within a month.

According to the latest report from the Spanish Health Ministry, the delta variant accounts for less than 1% of new cases and is a “variant of interest” only.

Although Álex Arenas, a physicist and an expert in calculating the spread of the deadly virus, says Spain will be hit hard within a month.

The estimate is based on the spread of the delta strain in Catalonia, where it accounts for 20% of new cases.

“In Spain, the data is not as clear, but based on the spread in Catalonia, it can be inferred that it will be dominant by mid-July,”

As seen in the UK, the delta version known as the Indian variation appears to be far more contagious, and that’s where Alex Arenas feels Spain will once again run into trouble and big issues.

One of those issues is that single shot vaccinations are not as effective against the variant, and Spain has been far slower than the UK in its rollout programme, with the majority of Spanish citizens either still only having one shot or not at all.

Another issue the Spanish government faces is that, unlike the Germans, they have not closed their borders to Brits, who, on entering Spain, do not even have to take a Coronavirus test.

Many citizens in Spain feel the Spanish government have not instilled enough border regulation for financial reasons, placing wealth before health as thousands of businesses, especially in the tourism sector, crumble every month.

Clara Prats, a researcher from the computational biology and complex systems group at Catalonia’s Polytechnical University (UPC). Has also advised:

“New variants arrive, and when one is more transmissible than the earlier one, it overtakes it. That is what happened with the alpha [variant first detected in the UK].”

She then goes on to warn, “What we have to prevent is the proliferation of superspreader events. We would be able to manage a soft rise in cases, but a fast rise would be unsustainable with the measures we have now.”

Although the Spanish health minister Fernando Simón, known for his denials and previous gaffs that have lead to calls for his resignation, said last Monday,

“I don’t think [the delta variant] will have a significant impact – it could have one, but we shouldn’t alarm people more than necessary,”

Over the next 4 weeks, the experts, though, feel the minister will be wrong.