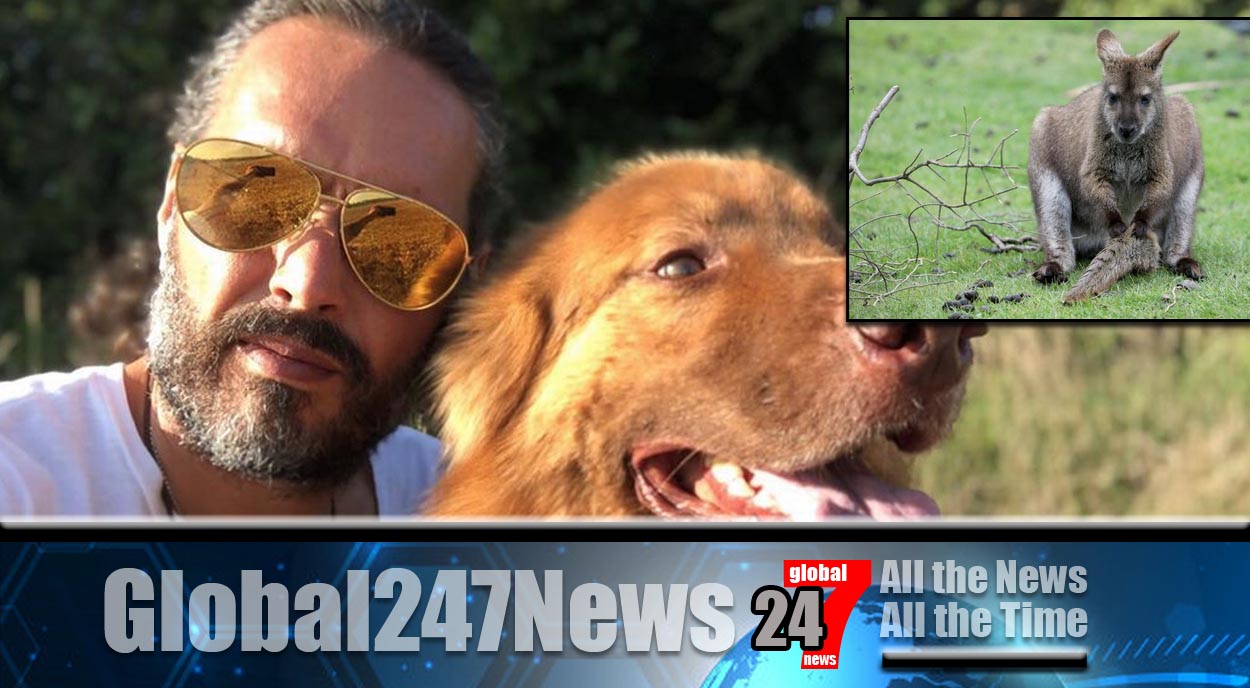 Comedian Russell Brand is said to be “devastated” after his dog mauled a wallaby to death.

Russel Brand’s German Shepherd kills Wallaby. According to reports his German Shepherd, called Bear, attacked the wallaby while Brand was walking him near his home in Henley-on-Thames.

During the incident 46-year-old Brand noticed that the wallaby was carrying a joey in her pouch and rushed to save them both. The baby survived the attack however, sadly, the mother was killed. It is believed the wallaby was from a nearby wildlife park and locals said that Brand was “horrified” over the attack.

One said “Absolutely no one is ­blaming Russell or his dog – it’s just a horrible accident. In fact, Russell was the hero because he managed to save the little joey and it could have been far worse if he hadn’t stepped in so quickly.

He is a very caring man with animals, he has plenty of pets and they’re all his babies. I understand he’s devastated over what happened. It’s really sad.” A wildlife park in Berkshire, Beale Park, some 10 miles away, keeps wallabies and it is thought it had escaped from there.