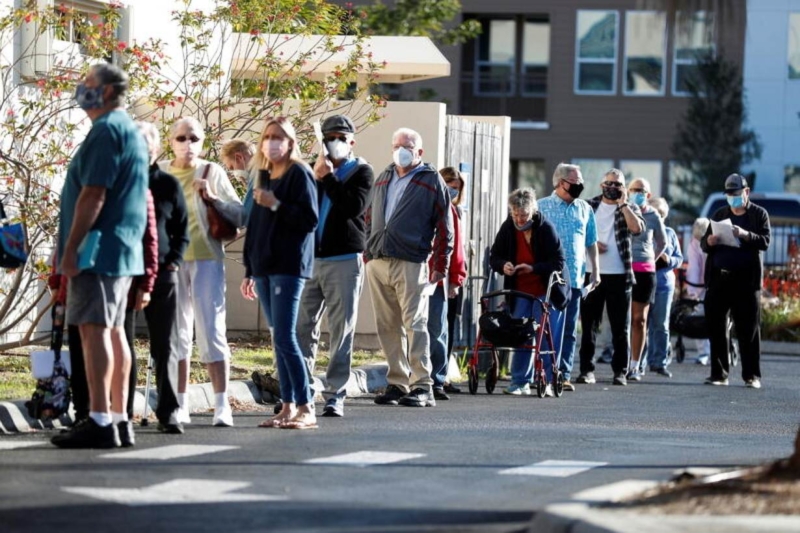 Residents on Spain’s Costa del Sol are complaining about the length of time they have to wait till they get their Covid jab.

Lines of up to 2 hours waiting in the searing Spanish heat are experienced as Spain’s vaccination rollout continues.

While the rollout appears to be going well and regarded as a success, those lines are not impressed.

The problem seems to stem that centres, whilst they line up citizens, they offer no protection from the heat and offer nowhere for citizens to sit and take a breather.

Many in the lines are of old age, causing further concerns. José Ángel was vaccinated at the Costa del Sol centre on Tuesday and commented that: “We have suffered an endless queue, in the sun and unable to sit down. And when we have come to our turn, we have seen that they were only vaccinating at two of the four enabled posts,”

Whilst ex-pat Harry Wilkins residing in La Cala called it a ‘Bloody Joke’  saying that he waited for 4 hours, speaking to Global247news this morning after finally receiving his jab, the 66-year-old said:

“It’s a bloody joke; they are lining us up like cattle in the heat, 4 flipping hours I was there, it’s worse than waiting in a Spanish bank, and we all know what that’s like!’