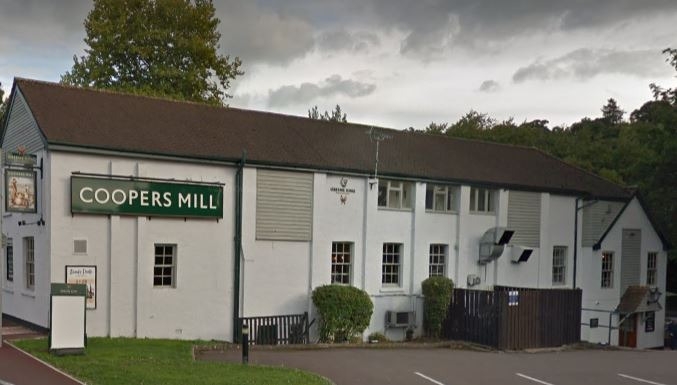 A helicopter engineer who visits Yeovil regularly enjoys a real ale in the surrounding area after a day at the nearby helicopter factory.

Clive Williams, who spends his working life between St Athan in Wales and Yeovil in Somerset, now claims that the Coopers Mill pub in the town sells cloudy beer and feels that the public house needs to step up its game.

Clive, who was like thousands of drinkers across the UK, delighted when pubs finally opened, although he feels it’s shocking that pubs, especially Coopers Mill in Yeovil, haven’t got up with the pace of delivering a decent pint.

The disgruntled ale drinker said he gave it a few weeks to see if Coopers Mill stepped up to the mark before going to the media.

Although now he feels the time is to speak out in the hope the management of the establishment take note.

Clive, speaking with Global247news, went as far as presenting his evidence, he said,

” At the prices pubs charge these days; you at least expect a decent pint after work. But, unfortunately, that’s clearly not the case at Coopers Mill in Yeovil.

” Coopers Mill is a Greene King Brewery, they serve Abbots Ale, one of my favourite pints, so I enjoy a pint or two after work.

“The nearest to me, Greene King pub, is called the Coopers Mill, but they clearly can’t present a good pint, whilst charging £3.90, you are served cloudy beer on each occasion.

“Here is a pint at Coopers Mill.

“As you can see, it is very cloudy, I gave it the benefit of the doubt to settle, but it didn’t.

“A good pub landlord would be ashamed to serve that; I had to leave the establishment on this occasion and headed up the road back to the hotel I was staying; they also thankfully sold the same ale as it was also Greene King owned.

“Here’s the same brew at the Manor Hotel,

“Just look at the difference, although it was 24 pence more expensive, it was the perfect pint.

The next day I travelled back to Wales for a meeting; the meeting was held in Baesleg and at a Greene King pub, The Tredegar Arms, the result.

“Not quite as good as the Manor Hotel in Yeovil but clear and palatable.

“Although I thought to myself, next time I return to Yeovil, I will see if anything has improved, a teenager served it after all who clearly had no understanding the difference of a good pint or a very bad pint, and maybe the manager had missed it?

“But sadly, the answer on 3 separate visits as I was getting intrigued the answer was a resounding no.

“I was going to raise the point with the Manager when I did some research online, I found some comments that he had made online and seemed rather bulshy, he had replied in an article on is beer prices ‘Get your facts right’ – Well here’s one fact for you Mr Manager, ‘you can’t keep a pint’, and your beer is constantly cloudy!

Global247news tried to contact Greene King into the situation, but no one was available to comment; the final word was left though to Clive, who requested other readers, he said:

“I’m staying over the border in Dorset on my next visit, around Dorchester and Sherborne, never been before; what pubs should I avoid as not a fan of cloudy ale?” he smiled.