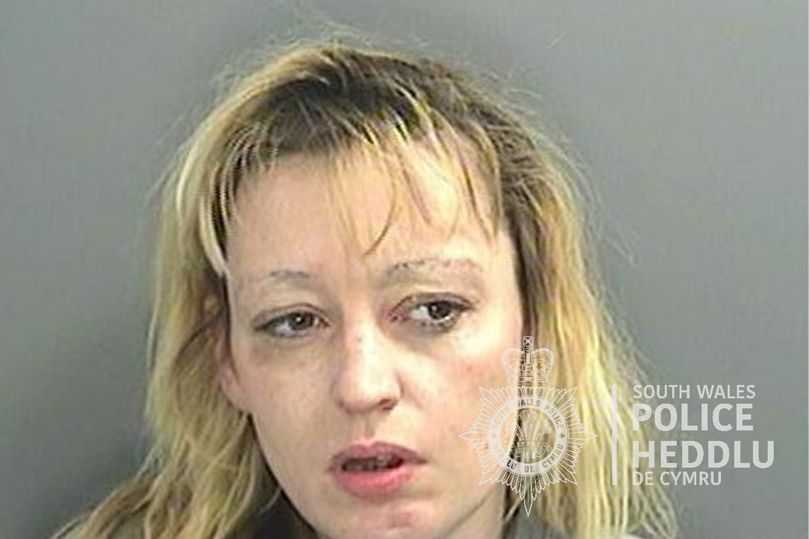 A woman went on a rampage around her neighbourhood, destroying property belonging to neighbours, making a racial slur at a mum-to-be and threatening to kill children.

Nicola Jane Jones caused chaos at Lavender Court in the Fairwater area of Cardiff on May 14 last month.
Her tirade beginning at around 1.30 pm when she encountered one of her neighbours – a woman who was 21-weeks pregnant at the time.
Newport Crown Court heard how Jones, armed with either a mop handle or a curtain pole, told her:

“I will kill you, where is your baby?” She called her neighbour a “black monkey” and continued to pursue her until the neighbour managed to getaway.

A victim impact statement read out to the court by prosecutor Rhodri Jones heard how it had caused a “significant amount of lasting fear and anxiety” to the victim, who felt she had been targeted because of her ethnicity.
Shortly after, Jones approached another of her neighbours and threw a barbecue in her direction, but it ended up hitting the leg of her neighbour’s four-year-old daughter.
The young girl was distraught and began crying, but Jones responded by exposing her buttocks and saying: “Kiss my ***, I will kill every child around here.”
Jones wasn’t finished there, as she then picked up a stone ornament and threw it at another neighbour’s kitchen window, causing the glass to shatter.
She then switched her attention to a car belonging to yet another neighbour, pulling the windscreen wiper off the rear window. The car owner approached her, and Jones responded by pushing her, causing her to stumble. Police were called, and Jones was arrested.
The 35-year-old of Lavender Court, Cardiff, appeared at Newport Crown Court for sentencing having previously pleaded guilty to two counts of common assault, two counts of criminal damage, using threatening or abusive words or behaviour and racially aggravated words or behaviour.
Recorder Greg Bull QC, sentencing Jones, said: “What’s clear to me is on that day you were under the influence of something, whether that be drugs or drink. You started off abusing your neighbour most obnoxiously, and when she escaped your clutches, you turned your attention to other neighbours and threw a barbecue in the direction of one, catching a four-year-old child. The pre-sentence report shows you have no remorse at all for what happened or empathy for your victims. It’s plain from your record of previous offending that every effort to stop you offending has come to nothing. In my opinion, this offending crosses the custody threshold.”
Recorder Bull sentenced Jones to 14 months in prison.
Advertisement