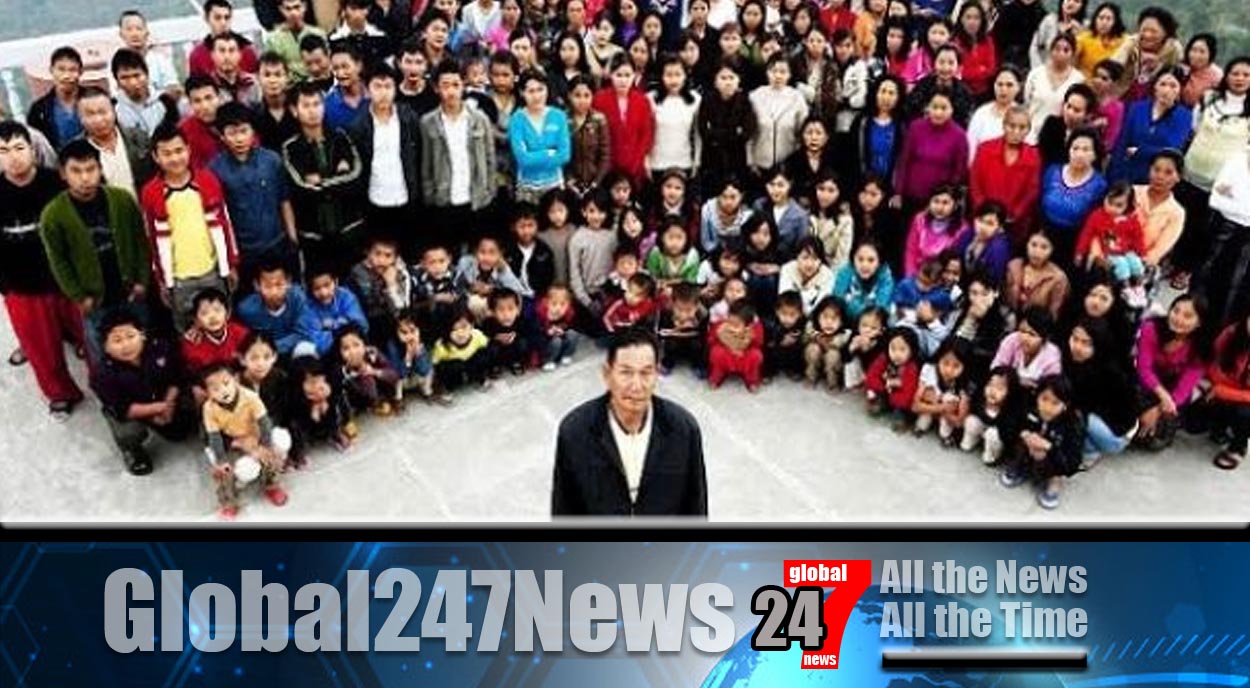 A man who is thought to be the head of the world’s largest family has died.

INDIA: Patriarch of family dies leaving 39 wives and 94 children. Ziona Chana, who lived in the northeast region of India, leaves behind 39 wives and 94 children. He was also grandfather to 33. The whole family lived together in a four-storey house said to have over 100 rooms in Baktawng in Mizoram state. Ziona, 76, was the head of a Christian sect known locally as Chana.

He took over the sect, which had been founded by his father in 1942. Ziona, who married at 17, once declared that he had married ten women in one year. All of his harem shared living quarters near his bedroom and locals claimed that he would never be seen without at least eight of them with him at any time.

The head minister of Mizoram confirmed his death and said that, because of the family, the village of Baktawng had become some what of a tourist attraction. If Mr Chana’s grandchildren are counted they are officially the world’s largest family with 167 members.

Ziona said in an interview he did in 2011 “I am ready to expand my family and willing to go to any extent to marry. I have so many people to care for and look after, and I consider myself a lucky man.” Having 39 wives may make some men disagree with this !!