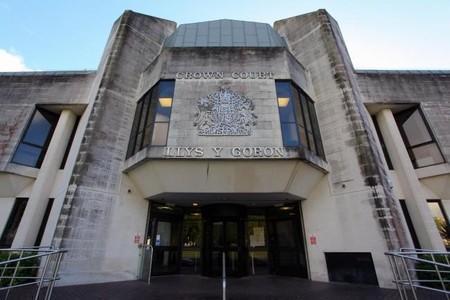 A MILFORD HAVEN man has been jailed for 10 years for sexually abusing a schoolgirl.

Colin Sharpe’s teenage victim is now plagued by nightmares that he will return and abuse her again, Swansea Crown Court heard.
Sharpe, 40, of Howard Close, sat sobbing into his hands as details of almost four years of sexual abuse were detailed for the court.
Judge Paul Thomas QC told him that “Your only concern was your own selfish sexual pleasure.”
Sharpe admitted one charge of sexual assault and five of sexual activity with a child, all between July 2017 and March 2021. He has been in custody since his arrest in March.
Ian Wright, prosecuting, said that Sharpe used emotional blackmail to frighten the girl into staying silent as the abuse continued. Matters came to a head on March 12 this year after Sharpe had once again sexually abused his victim.
Police were informed about the sexual abuse by a third party, who discovered what he had done, and he was arrested and questioned.
Passing sentence, the judge told Sharpe: “You had no concern for the psychological damage you did. But it is to your credit that you immediately admitted what you had done.”
He said that this had saved his victim the further ordeal of giving evidence in a trial.
He jailed Sharpe for 10 years and imposed an indefinite order requiring him to sign the sexual offences register on release.
He will also be subject to an indefinite sexual harm prevention order and an indefinite restraining order when he is released.
Advertisement