Gang smash their way into house to attack man with knives

Jun 14, 2021 Gang smash their way into house to attack man with knives 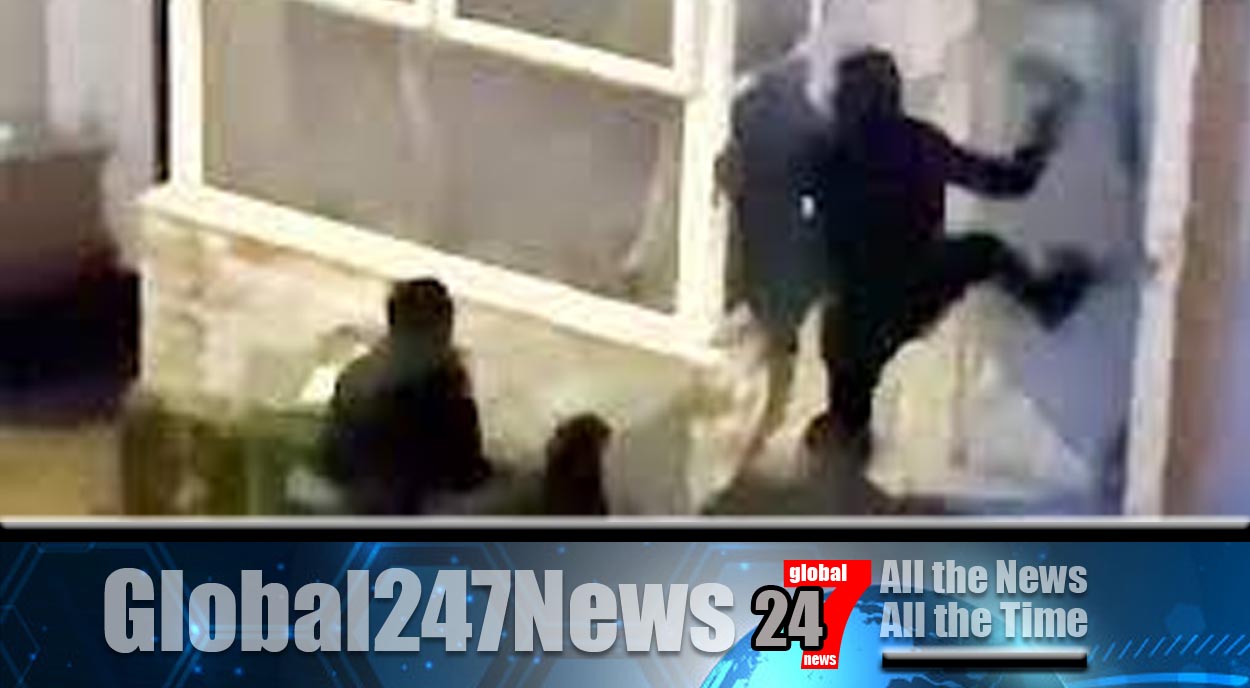 Frightening footage shows a gang of men kicking their way into a house to attack the owner.

Gang smash their way into house to attack man with knives. As the man tried to escape he was set upon with knives and garden shears. The incident happened in the Forest Fields area of Nottingham in May last year. The attackers, who traveled in a convoy of cars from London, can be seen on the footage taking cannabis plants from the house and loading them into cars. As police arrived on the scene some can be seen fleeing on foot whilst others were stopped on the M1 as they drove back to London.

The gang of nine men all pleaded guilty to aggravated burglary. Their sentencing is due to take place at Nottingham Crown Court on a date yet to be decided. The injured man needed stitches to his shoulder and head after the attack. Nottinghamshire Police’s Detective Constable, Sarah Gregg, said “Many neighbours were disturbed by the commotion and saw this frightening incident unfold which was unacceptable to the community in Forest Fields.

Following the report we responded quickly to secure arrests and undertook an extensive and meticulous investigation involving numerous police teams all working closely together. This relentless hard work and excellent teamwork led to the ten defendants putting in early pleas and we now await their sentencing.

I would also like to thank the public for their help with our inquiries as the investigation progressed which has helped us bring these violent offenders to justice.”

Weapon-enabled violence will always exist around drugs markets as different operators seek to defend, enforce or steal from others. Anyone partaking in such illegal activity risks not only the police knocking at their door, a journey to custody, prison time and a criminal record, but they also risk drug dealing competitors using extreme violence to gain entry to their home and being exposed to the possibility of serious injury.”

He finished off by saying “Occasionally offenders looking to steal cannabis will target the wrong house. We never want that to happen, so if you have suspicions about the production of drugs in your community please let us know by calling Nottinghamshire Police on 101 or Crimestoppers anonymously on 0800 555 111 as you don’t want that house criminals accidentally target to be yours.

It is for this reason, as a force, we will never tire of seizing cannabis grow sites within neighbourhoods across Nottinghamshire and locking up those responsible.”