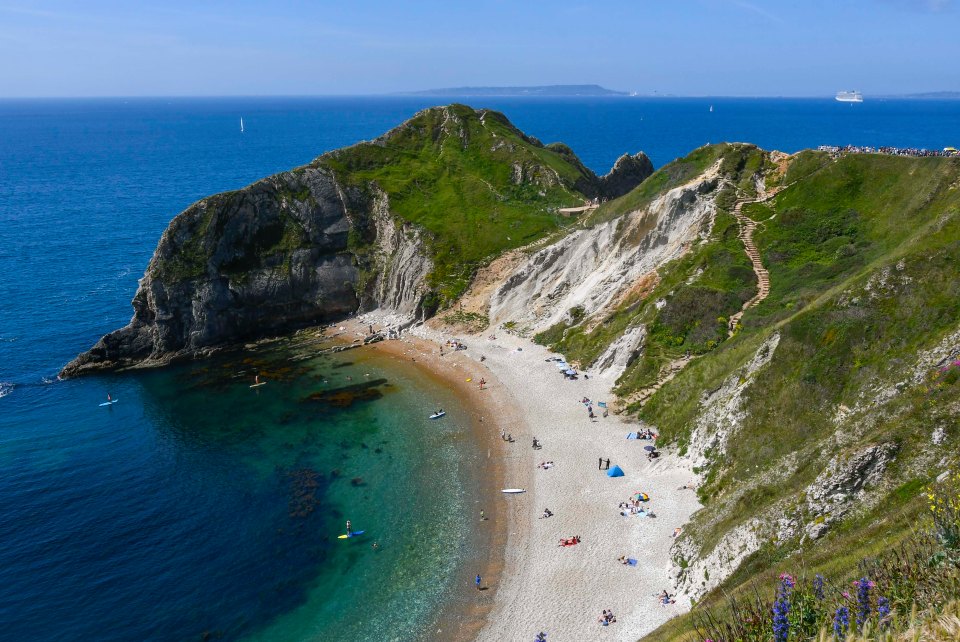 A WOMAN fell to her death after falling from cliffs in front of horrified beachgoers at the famous Durdle Door In Dorset.

The now-deceased woman had been climbing down the 150ft rocky cliffs that form today’s famous landmark (June 14th).

The fall took place just after 3 pm when beach users heard screams and, as they looked up, saw a woman flying down through the air.

A spokesman for the Lulworth Estate, which owns the beach, said: “I understand that a woman fell whilst climbing down the cliffs above Man o’ War beach.

“Dorset Police requested our staff to assist with controlling visitors to enable the helicopter to land.”

Although now, as investigations take place to the actual reasons the woman fell, it appears she was wearing flip flops whilst descending the rock face, causing her to trip and losing her footing.

An emergency worker tonight spoke to Global247news after being at the scene all day;  said:

“It looks like a tragic accident, and early investigations are that the woman tripped whilst on the descent to the beach.

“She was wearing flip flops and tripped, leading to the fall; it’s believed the flip flops were likely the reason for her fall; on examination, slight scuff marks on the front sole of the right flip flop were evident.

No official cause will be announced until all investigating officers have made their conclusions and police have carried out a full investigation.